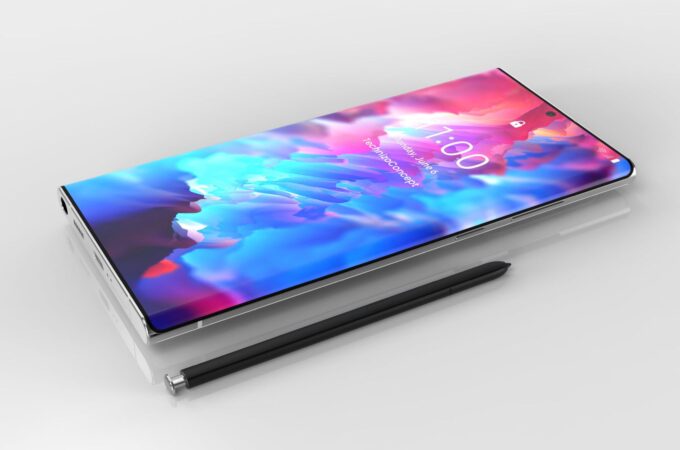 Samsung Galaxy S23 Ultra is coming in January probably, but concepts have already started popping up, even when the Galaxy S22 Ultra hadn’t dropped yet. There was talk about a 200 megapixel camera and Olympus tech and now… it’s back.

Samsung Galaxy S23 Ultra gets rendered by Technizo Concept and we even have a concept video of it below. We’re actually a few weeks away from the first 200 megapixel camera phone, which will be the Xiaomi 12 Ultra, coming in July. The designer also envisions a specs list for the Galaxy S23 Ultra, including a Snapdragon 8 Gen 2 processor, a Qualcomm X70 5G modem and also a “quad curved waterfall display design”, which I’m not a big fan of. It definitely spoils the fun of video watching and gaming.

The S23 and S23+ are speculated to have a 108 MP main camera and LTPO displays with 10 Hz to 120 Hz refresh rate. Android 13 with One UI 5.0 appears on all 3 models. Now as far as the design is concerned, the Galaxy S23 Ultra has a flat top and bottom part, like the S22 Ultra and for some reason, it brings back the module/camera island, which was lacking on the S22 Ultra. Its camera design actually reminds me of realme or OnePlus.

We still have the S-Pen slot and a very glossy back according to the video below. I’m very curious where Samsung will take the zoom ability with the periscope telephoto camera. My guess is that they either take a step back or stick with 10X optical zoo. Somehow, the device still feels more like a Galaxy Note rather than a Galaxy S.

About Kelvin
Passionate about design, especially smartphones, gadgets and tablets. Blogging on this site since 2008 and discovering prototypes and trends before bigshot companies sometimes
Best VPN And Streaming Services To Watch The 2022 World Cup   Key Facets of Altcoins- Here Are Important Points To Know About