Tobias Hornof has not only rendered the Samsung Galaxy S6, but also compared it to all the Galaxy S models ever launched, from the first one to the S5. The newcomer is even bigger and makes the handset even more rectangular. 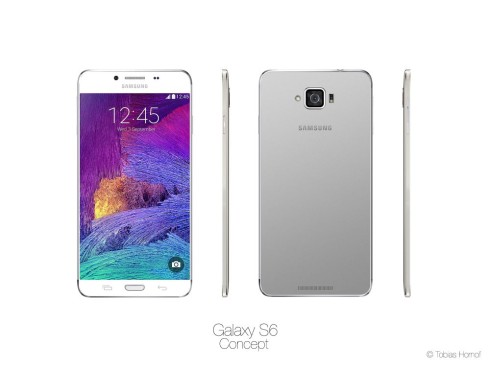 Tobi didn’t mention any specs, but we can let our imagination run wild, can’t we? As far as I see, the phone goes for a bit of an iPhone-like approach at the front. The bezels are slim, while the back part features a squared camera area, a singular flash and what seems to be a pulse sensor. This time it’s close enough to the camera to make you touch it by mistake, quite often. This is not something one should do with a camera lens, even if protected by Gorilla Glass.

The Samsung Galaxy S6 is incredibly slim, seems to adopt a metal frame and edge, while the Home button is a physical one. The speaker has been relegated to the lower back area and it’s bigger than before. The capacitive buttons look discrete and I sure hope they’re not the usual white light through plastic buttons. The change in bezel is shocking, as shown below: 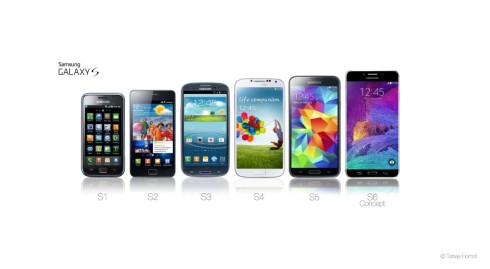 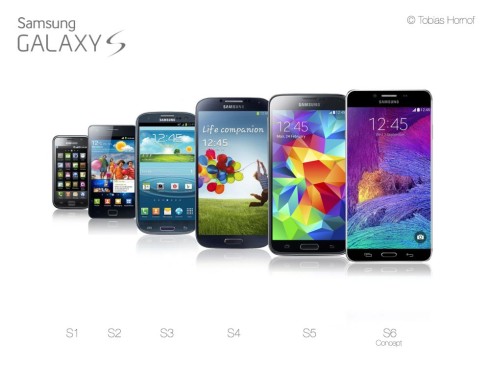 About Kelvin
Passionate about design, especially smartphones, gadgets and tablets. Blogging on this site since 2008 and discovering prototypes and trends before bigshot companies sometimes
New HTC One M9 Render Goes Back to Metal, Looks Stunning   HTC One M9 Renders by Ashik Empro: Glossy and Beautiful (Part 2)