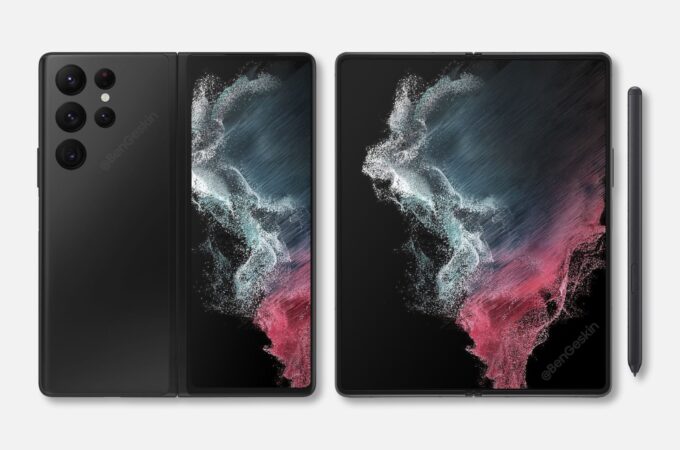 Fresh after seeing the very first Samsung Galaxy Z Fold 4 rumors, we also get a render. Obviously, it channels part of the Galaxy S22 Ultra identity, as shown by the back side. Recent rumors have mentioned that the device has an embedded S-Pen slot.

The device has a 7.65 inch main display, with a more discrete crease and just in case you were wondering, Ben Geskin is behind this piece of work. The main changes here are brought to the back side. We now get a quad camera in lieu of a triple cam and the lenses all start from the back side, sans a module. I also see a periscope camera here, something we haven’t seen so far on Samsung’s foldables.

After the unexpected success of the OPPO Find N, I feel that Samsung may actually dial it back and come out with smaller screens. There’s also a problem here: an S-Pen slot takes up quite a bit of room and Samsung may have to sacrifice components. The battery is already on the small side, there’s no microSD, so what else is there? Maybe a new hinge, maybe smaller haptic engine?