Samsung Galaxy Z Slide Rollable Phone is Back With a Vengeance 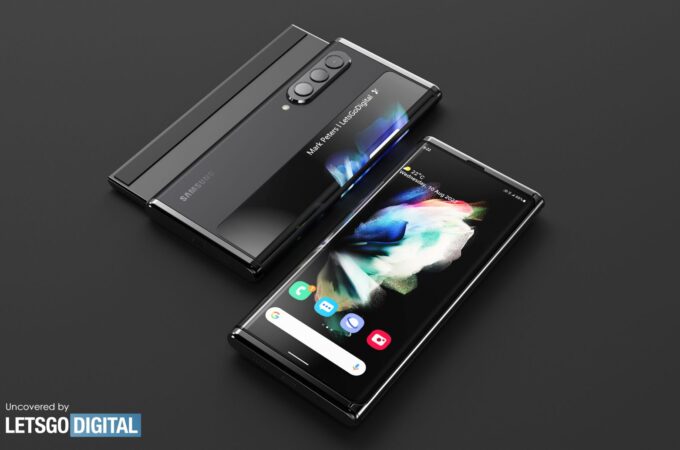 After a few dull days in the world of concept phones, renders, industrial design we’ve come across a stunning rollable phone. It was published by Letsgodigital and the it’s the creation of Technizo Concept. Meet Samsung Galaxy Z Slide:

The source already envisions the Samsung Unpacked 2022 event and its fresh flagships. It is assumed that by then Samsung will have finalized its rollable phone format and it’ll be ready for prime time. I should probably warn you that the rollables haven’t quite progressed and it’s been 6 months since the Oppo X 2021 and we’ve seen no commercial rollable phone. Samsung is said to follow the example of Huawei, who has already patented a rollable phone a while ago and Oppo too.

Samsung also applied for a similar patent. The patent has been filed in Germany in order to secure the technology for the European market at an earlier stage. I was applied for in April and involves a 36 page documentation included in the WIPO database. What we’re dealing with here is a stylish rollable smartphone. The device also has a display on the back, which continues toward the front. If you need a larger surface, you have the “pull out couch mechanism”.

The right side of the screen can be pulled out, enlarging the screen surface by 40 to 50%. There’s also a multi link hinge structure, which contributes to the creation of a flat wrinkle free surface. There’s also a rigid plate, that could be pulled out and it’s no longer supported by the housing. Samsung has also placed a frame over part of the screen, which protects the side of the device. It increases the resilience, sturdiness. The roll out and roll in process is automatic, triggered by the push of a button. S-Pen support is part of the package.

An under display camera may also be here. There’s still no periscope camera here, we still have the 3 12 MP sensors for the main cam. I have to admit that the solution is more elegant than the Oppo one. As usual concepts are most likely to be better than the real thing…

About Kelvin
Passionate about design, especially smartphones, gadgets and tablets. Blogging on this site since 2008 and discovering prototypes and trends before bigshot companies sometimes
Why Is Cyberbullying a Major Problem in the World?   The Challenges and Opportunities of Artificial Intelligence in Education