What if the next Nexus phone was actually a phablet? And what if Samsung made it and turned the Galaxy Note III into the Samsung Nexus 6. This means that there was a Nexus 5 before, so this model may run an Android version superior to Key Lime Pie. Let’s see what Erica Yusim proposes with this concept. 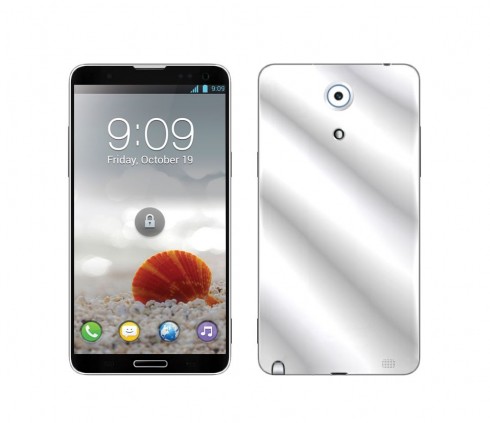 Samsung Nexus 6 uses a 6.3 inch Super AMOLED Plus Full HD screen, the likes of which is rumored to be used on the future Note. There’s also an Exynos 5 Octa CPU, probably with big.LITTLE technology, 3 GB of RAM, also a likely feature of the Note III and 128 GB of storage, plus microSDXC. At the back we’ve got a 13 megapixel camera and upfront a 2 megapixel one, both with Full HD capture.

Finally, this device relies on a 4500 mAh battery and measures 9 mm in thickness, certainly a reasonable waistline, considering there are some 4.5 inch phones out there that are much thicker. The design is pretty simple and basic, a rectangle wit rounded corners and an S Pen inserted in a slot at the back. Expect revolutionary multitasking on this model and brand new S Pen features and apps.