Sony Ericsson has just joined the Open Handset Alliance and claims that it’s preparing an Android Phone for mid-2009, but designers have already seen the future an projected it on virtual paper. Xell, from Esato designed the Sony Ericsson Google Phone concept, bearing the name of G703.

You take a little bit from XPERIA, a G1 influence and a hot QWERTY keypad, plus Google web apps and you’ve got the Google Phone below: 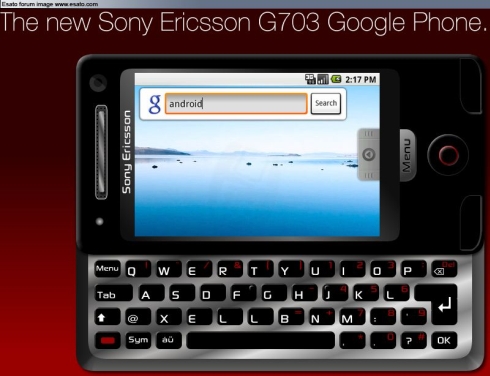 Kudos to the designer, specially since he claims that this is a quick concept and not the final masterpiece.

About Thrystan
Motorola Rugged Phone, Certainly a Concept   Nokia Gaming Device for The Elderly, Older Than the PSP?