I’d put the Sony Ericsson Mc700i on the “could be” PSP Phone list, as its design is fit for such a device. Mc700i was designed by Mohamad Moraa ‘D, who also created Nokia Mc36.

The Sony Ericsson concept below is a slim handset, featuring an LCD display, that can be used horizontally and vertically and gaming controls that turn it into a portable gaming device. 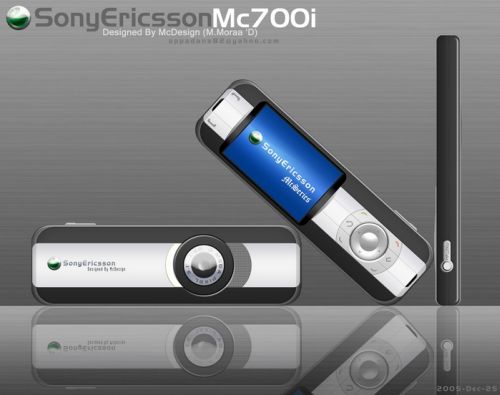 There’s also a 3.1 MP camera plus Flash Light on the specs list, coupled with a speaker at the back of the phone. Mc700i can be used just like your good old digital camera, thanks to a side button that can be pressed while holding the phone horizontally, as you can see in the following image. 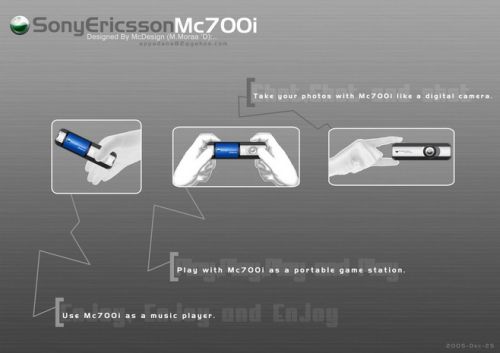