Sony Ericsson Nanami and Karina Get Teased by Designer Razec

In preparation of the 2010 Sony Ericsson concept phones on Esato, we get some teasers of the upcoming devices, courtesy of designer Razec. The first is Sony Ericsson Nanami, pictured below and probably being a touch cameraphone, “the revival of something exotic” and a… slider? (we’re only guessing). 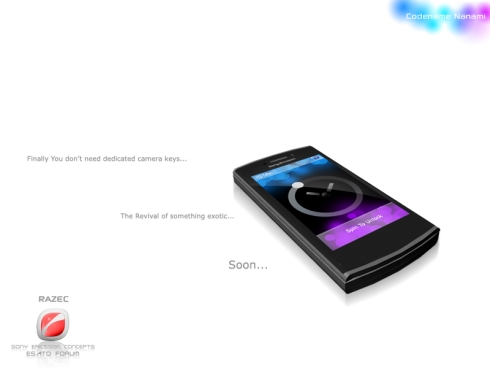 Next up is Sony Ericsson Karina, pictured below, a “slim and neat” handset, that’s both compact and powerful, it seems to run a mystery flavour of Windows Mobile and features a bright touchscreen. There’s a HD inscription near the camera at the back, so we’re guessing the sensor is 8/12 MP and it comes with autofocus and serious flash power.

This slim device with Windows Mobile 7 (we’re guessing again) might be the ultimate XPERIA of 2010, although the handsets of this series have gone the Android way. I’d put a 1 GHz CPU under that case… Great teasers, Razec! 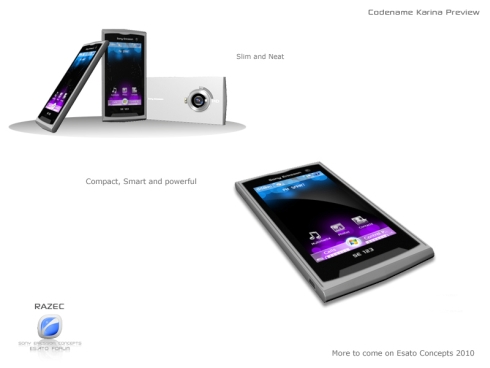