Although Sony Ericsson has just launched the W705 handset, we’re more interested in the W905 handset that has just hit our virtual world of concepts, courtesy of J. Havrlant. And what a music phone this is… 480 x 800 pixels display, Walkman v4.0, 16GB internal memory, A300 platform and tons of other specs you’ll find out after the break. 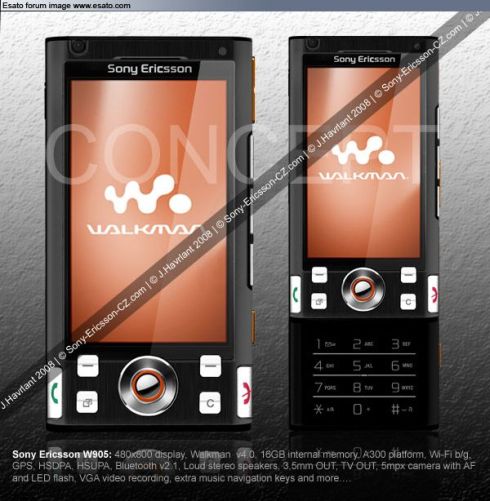 Sony Ericsson W905 supports Wi-Fi b/g, GPS, HSDPA, HSUPA, Bluetooth 2.1 and incorporates loud stereo speakers, a 3.5mm jack and TV out for those of you telly addicts. The 5 megapixel camera with autofocus is the least we’d expect from SE right now, but know that it also comes with an LED flash and VGA video recording. I guess that this would be the XpressMusic series killer, if it were real… 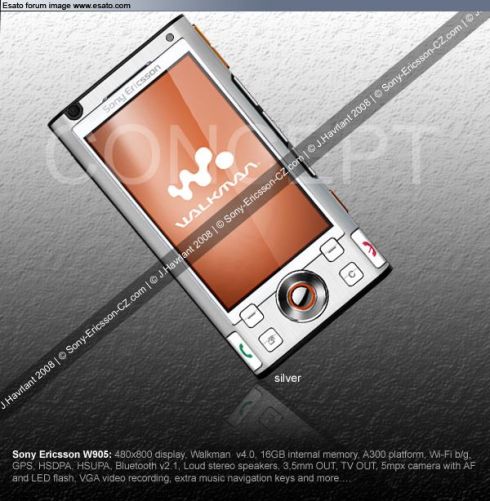