Sony Ericsson XPERIA X5 Android Phone, a Shane A. Bygrave Design With Great Specs on Board

After the XPERIA X2 got somewhat official, since tons of leaks have revealed its looks and specs, it’s time to move on to the future of Sony Ericsson’s smartphone series. This is why we’ve been seeing so many XPERIA X5 concepts on the Esato board, the latest being Shane A. Bygrave’s design, you can check out below. 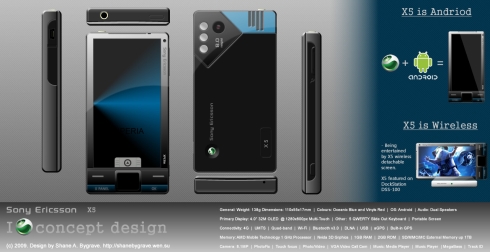 This time we’re dealing with an Android version of the X5, one that weighs 138 grams, measures 110 x 55 x 17mm an comes in 2 colours: Oceanic Blue and Vinyls Red. As far as specs are concerned, the device comes with a primary 4 inch multi-touch OLED display with 1280 x 800 pixels resolution, dual speakers, Android OS, a QWERTY slide out keyboard and portable screen. 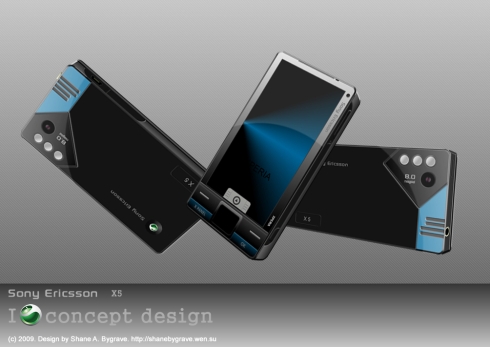 There’s also an 8.1 megapixel camera on board with Photo Fix, touch focus, video recording and a VGA videocall cam, plus music features like MegaBass and TrackID. The best feature of this phone has got to be the X5’s wireless detachable screen, that’ll provide many hours of multimedia entertainment.