Created by Kittisak Mangmee, the Sony Xperia Angler concept bears the name of the Angler fish and adopts an elongated rectangular design, that’s pretty popular nowadays. From its bottom and top profile, the device is shaped like a hexagon, apparently. I can’t really figure out the reason for the extra long side buttons, aside from the volume ones… 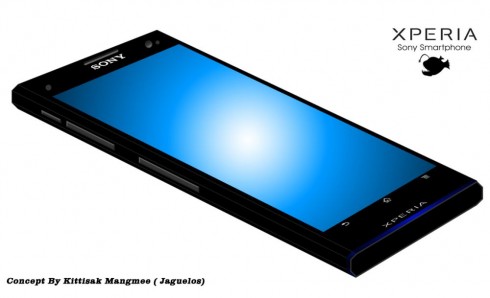 Xperia Angler features a 2 GHz quad core processor, 64 GB of internal storage, 2 GB of RAM and a 4.7 inch Reality Display with the new Mobile X Reality engine. It also has Sony White Magic technology, Dragontrail Glass and a black pearl aluminum body. The designer says that he was inspired by the shape of a crystal and the deep sea fish, that you can see depicted under the name of the smartphone.

No mention of the camera, but I supposed we may be dealing with a sensor between 8 and 15 megapixels. I have to say that Sony hasn’t quite release such elongated handsets lately, since they always keep the length well proportioned compared to the width. So, do you fancy this Sony concept phone? Or do you prefer the current Xperias?