Sony Xperia Tablet X is a Normal Tablet, Which is a Big Deal for Sony

Suman Chatterjee created the Sony Xperia X smartphone and now he used that as inspiration for a tablet. Meet the Sony Xperia Tablet X, a device with a normal slate design, which is a big deal for Sony, who has been experimenting with those poor folded magazine formats. 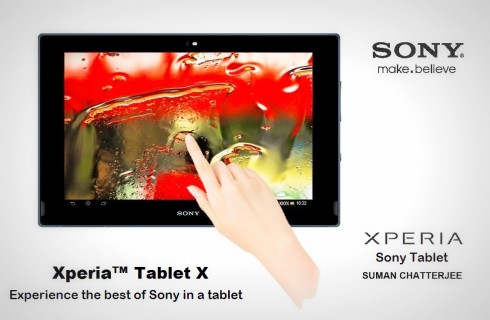 The display may finally move into Retina territory, which is something that only Samsung has been doing, among the big Android slate makers. As usual audio and video capacity will be top notch on the slate. Fancy this model?