The Sony Xperia Z2 has just launched today and it’s already time to start dreaming about MWC 2015 and the Xperia Z3. We received a new concept from Uva7 Dance, a Sony concept smartphone that he calls the Sony Xperia Z3 Ultra. 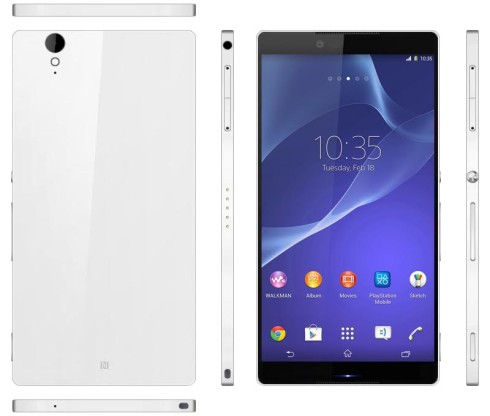 At the back there’s a 24.2 megapixel main camera with optical stabilization and upfront there’s an 8 megapixel front shooter. The speakers offer stereo sound and inside we’ve got a 3000 mAh battery. This is a model with a dual nano SIM setup and the body is metallic. It only measures an incredibly thin 5.6 mm.

Do you like the metal approach or do you prefer glass?

About Kelvin
Passionate about design, especially smartphones, gadgets and tablets. Blogging on this site since 2008 and discovering prototypes and trends before bigshot companies sometimes
Windows 9 Concept Imagined by Peter Water, Based on Scalability   New Face of Lumia: Nokia Lumia 1620 Rendered, Features 2K Display