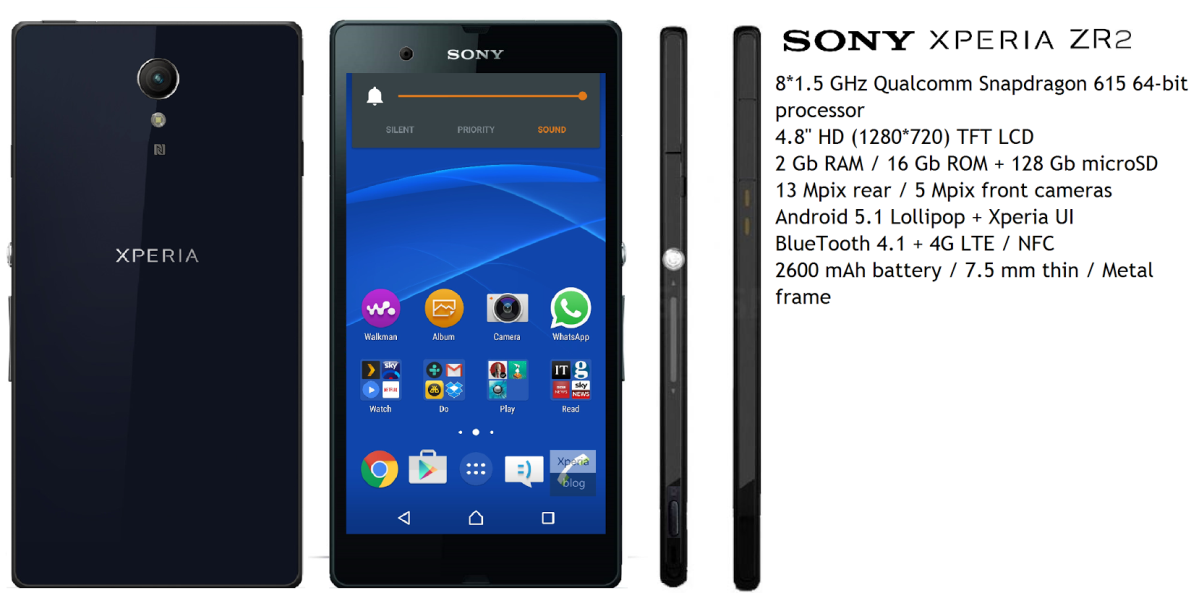 The Sony Xperia ZR2 is the latest concept phone we’ve received via email and I have to say it isn’t exactly impressive. First thing I noticed was that the designer left the Xperia blog logo on the screen, so that’s basically copy/paste Photoshop basic skills. 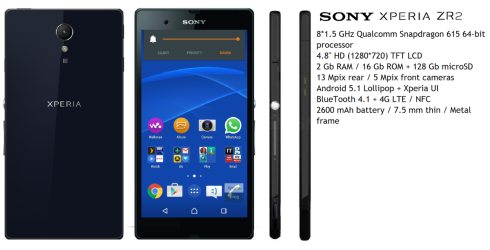 There’s no point in talking about the usual Omnibalance, rectangular design, but we could address the lower than 5 inch diagonal. Sony Xperia ZR2 comes with an octa core 64 bit Snapdragon 615 processor, a 4.8 inch 720p TFT LCD display and 2 GB of RAM. There’s 16 GB of storage inside, a microSD card slot, a 13 MP back camera and a front 5 MP shooter.

The handset packs Android 5.1 Lollipop, with the trademark Xperia UI and other specs include a 2600 mAh battery, plus a case with a 7.5 mm waistline and a metal frame. By the way, I’ve heard some rumors that Sony Xperia Z5 will finally change the Xperia Z series design to something new. Can’t wait!

About Kelvin
Passionate about design, especially smartphones, gadgets and tablets. Blogging on this site since 2008 and discovering prototypes and trends before bigshot companies sometimes
OnePlus Zero Phone Features 4 GB of RAM and 5.1 inch Super AMOLED Phone   ASUS ZenFone 3 is Here, as a Render for Now