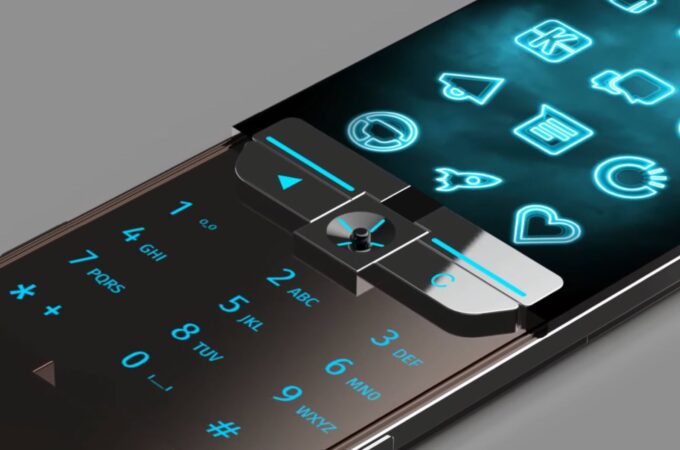 A few days ago I saw a Sony Cyber-shot camera and was reminded of the times when Sony and Ericsson where together and creating Cyber-shot branded phones. If I remember correctly those phones were a big part of the FIFA World Cup 2006, as bloggers were given such phones in order to capture the event. Now designer GSMAHOLIC envisions a brand new Sony Cyber-Shot concept phone for the modern days.

The legendary phone actually gets to keep some old school traits. Sony Cyber-Shot 2023 gets a 200 megapixel back camera, but it does keep the T9 keyboard somehow and the sliding form factor. It also has that “joystick” in the middle below the screen, feeling like the Lenovo laptop joysticks. When closed the surface is flush and the device looks pretty slim and inconspicuous for a flagship. The T9 keys are tactile this time and I have a feeling that they sit on a screen rather than a typing surface.

The device comes with what appears to be a singular back camera and what’s odd about it is that it marries both feature phone looks and flagship specs. Nowadays sliding phones are just made in two formats: feature phones from Nokia and foldable phones from the likes of Samsung and Motorola. This is definitely closer to the first version.

Retro designs are all the rage now as current phone designs have kind of stalled and settled for the same rectangular form factor. Also, is it just me, or does the interface shown here tries too hard to be futuristic and somehow console gaming-inspired?

About Kelvin
Passionate about design, especially smartphones, gadgets and tablets. Blogging on this site since 2008 and discovering prototypes and trends before bigshot companies sometimes
Realme 9i 5G Renders Leaked Ahead of Indian Launch   Why Mobile Games Will Keep on Growing