Windows Phone 7 Tablet is Promising, a Mere Design for Now

While Android looks like a pretty cool platform for a tablet, we’re willing to give Windows Phone 7 a chance of reaching the same devices. For now, this only happens on concepts, like the one below, created by designer Umang Dokey. This Windows Phone 7 tablet features an 8 inch touchscreen display and two web cams with 3D video calling support. 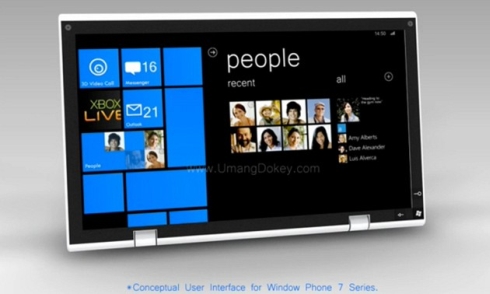 There’s also a built-in stand on board of the tablet concept, doubling as a keyboard and two analogue joysticks can be found at the back of the device, with gaming purposes. The less appealing part of this idea might even be the OS, that for now doesn’t support copy and paste, a crucial function on a portable PC.

Don’t forget to check out the video below, to see the kickstand acting like a keyboard: