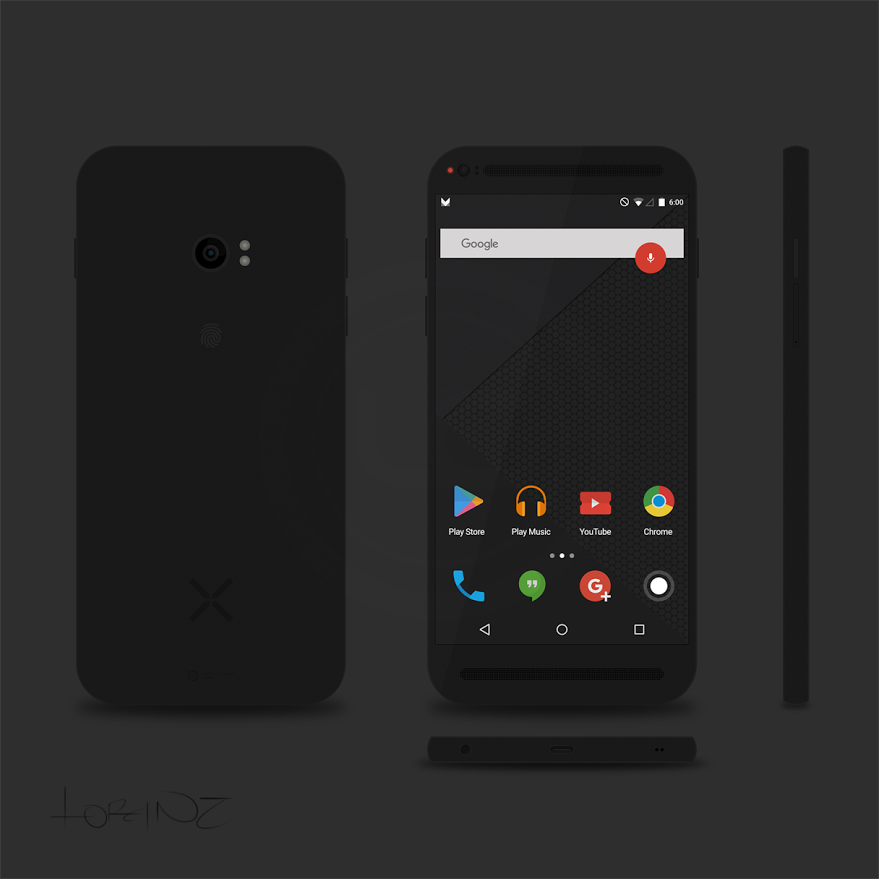 Since the Nexus 6P and Nexus 5X are almost official, it’s time to find what other potential Nexus phones look like. This is where the Nexus+ render below comes in, created by designer Loranz Yousif. 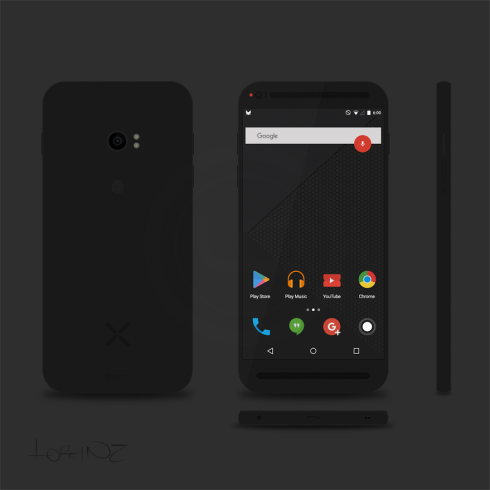 This model is inspired by the Samsung Galaxy S6 and it has similar a similar size to that model. It adopts big front facing speakers though, just like the latest Nexus units and it also brings a fingerprint scanner discretely placed at the back. The interesting approach here is having the back made of glass and at the same time include a fingerprint scanner into it.

The designer promises an awesome display, design and awesome camera, plus NFC. Nexus+ runs Android 6.0 Marshallow and seems to adopt very slim icons, almost totally lacking a background. Also, speaking of iconography, is it just me or does the YouTube icon look like a razor?

About Kelvin
Passionate about design, especially smartphones, gadgets and tablets. Blogging on this site since 2008 and discovering prototypes and trends before bigshot companies sometimes
Microsoft Lumia Concept Render is Based on the Lumia 830 and Lumia 930, It’s all Blue   HTC One A9 Aero Gets “Official Concept Phone” Design from Hasan Kaymak (Video)