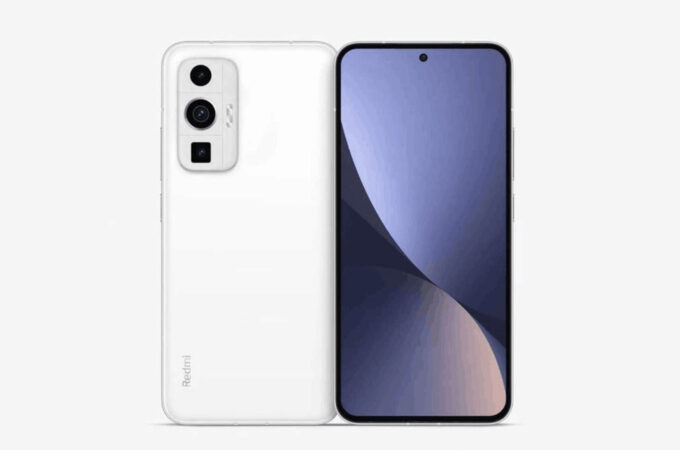 After seeing what the Xiaomi 13 Pro will look like, courtesy of a few leaked renders, now we get to also see a Redmi K60 concept render. The device is expected to drop in early 2023 and for now all we have is a fan made render.

Redmi is fresh after launching the Redmi Note 12 series of smartphones in China and now preps better specced models. The Redmi K60 shown here comes with a flat display with a punch hole in the center and a long and narrow format. The bezels are a bit thicker than expected from a phone pertaining to this price range. On the right side we find a volume rocker and power button, with the latter also including a fingerprint scanner.

At the back side there’s a weird approach to the rectangular camera module: it has a round lens, a smaller round lens and a square one, most likely associated to a periscope telephoto camera. It feels a bit like a Motorola Edge 30 series cam module. Reports claim that the Redmi K60 will come with a 6.67 inch AMOLED 120 Hz display and a Dimensity 8200 processor.

That CPU has yet to be unveiled, but it’s already rumored for the iQOO Neo 7 SE. We should also see a large 5500 mAh battery here with 67W charging. The back side hosts a 64 megapixel camera with a Sony IMX686 sensor with OIS.

About Kelvin
Passionate about design, especially smartphones, gadgets and tablets. Blogging on this site since 2008 and discovering prototypes and trends before bigshot companies sometimes
Introduction to Technology Trends in Education   The Complete Guide to What You Need to Know about Virtual Data Rooms, Plus 5 Solutions in the Market Today