Xiaomi Foldable Clamshell Phone Channels Motorola RAZR 2019 and Then Some 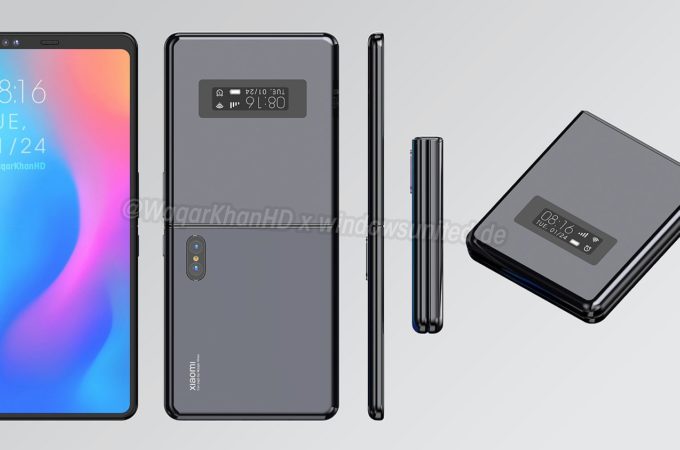 Xiaomi has been leaking foldable phones ever since January 2019 and they’re not about to stop anytime soon. This time they’re really set on making one, but it’ll be one that resembles the Motorola RAZR 2019 rather than the Galaxy Fold or Huawei Mate X. And below you can watch a video of said new foldable, that’s also a clamshell.

The creation of Waqar Khan for Windows United, the device is also nicknamed Windows Mi Flux. It all started with a patent that appeared recently and hinted at a clamshell foldable Xiaomi handset. Compared to the Motorola One it doesn’t quite adopt the typical clamshell format. The hinge now becomes invisible, solving one of the gripes of the RAZR. Also the device is a tad wider than the narrow Moto phone.

The design is sleeker and bezels somehow feel huge here, I don’t know why. I find the top side of the facade, the “forehead” to be a bit too big for my liking, even though it has the excuse of the two selfie cameras. Mi Flux is rumored to come with a Snapdragon 855+ CPU or maybe the new Snapdragon 865. Its hinge is very well hidden and the waistline should be bigger than the Moto RAZR 2019 or the Huawei Mate X.

Believe it or not, I can feel a real Redmi vibe emanating from the phone, rather than than a “Mi 9” or “Mi MIX” one. The main info that’s lacking here is the price tag and if Xiaomi really wants to crack the market they have to go with a $999 price tag. I look forward to hearing more about the concept, especially the hinge. Also I think that we need a triple camera here, not dual.