Apple Car Gets a Design From Concept Creator, Letsgodigital (Video) 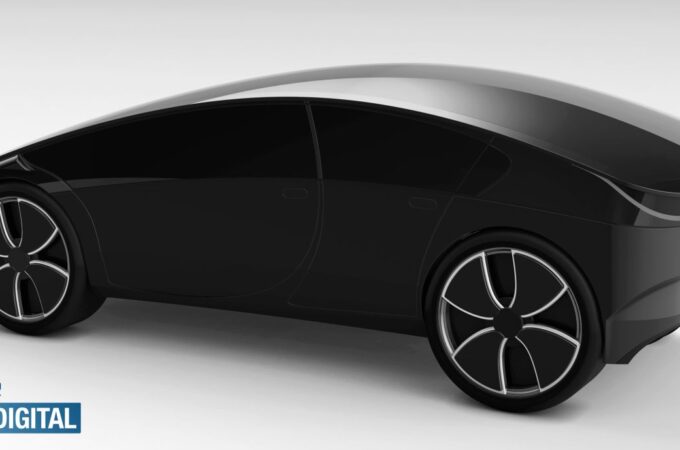 The past week has been all about the Apple Car and Tesla’s short affair with Apple. First we had the leak regarding an Apple Car coming in 2024 with a new type of battery. Then we had Elon Musk saying on Twitter that he almost sold Tesla to Apple. And now we have renders of the upcoming Apple Car, courtesy of Concept Creator and Letsgodigital. We even have a video after the break.

First of all, I know we’re focused on concept phones, leaks and renders. But we’re also focused on industrial design and Apple, like it or not will be a huge trendsetter when it launches its first car. They’ll probably go with a less riskier route than the Cybertruck though. The Apple Car has been in development ever since 2014, under the codename Project Titan. Apple has hit a few setbacks and in spite of poaching Tesla’s people, they still had to downsize the segment and refocus their efforts on self driving systems.

Apple has been associated with a bunch of names for its projects, including German car makers like BMW or Mercedes, but also Asian ones like Hyundai or even Honda. Of course one shouldn’t imagine that the Apple car will look anything like the Honda Civic, although that’s quite the beloved vehicle in USA. As a quick reminder, the Honda Civic had 30 years of lifespan and one of the most researched topics about its functioning was the Honda Civic key battery.

However, now it seems they’re back at it, with an increased task force dedicated to the vehicle. There’s talk of a new Monocell battery design, that’s more compact and longer lasting. Battery cells are charged separately and greater range is achieved. Dutch designer Jermaine Smit, aka Concept Creator shows a car design, which feels… unibody. That’s my first impression, that the Apple Car he created is a “one piece” machine. The core of this concept is that the passengers and driver should have an excellent view of their surroundings.

The design is very clean and iMac-like, with lots of curves, flowing lines and zero visible edges, nuts and bolts so to say. I’m not sure about the headlights, which are a long seamless lit up area at the front and a Tesla-like discrete red stripe at the back. There’s something very Citroen or Renault, very French about the front edge of the car. I also feel that the wheels are a tad big for the size of the car. The slope of the windshield, that covers all the car is more gentle compared to other electric cars.

How do you feel about this design?

About Kelvin
Passionate about design, especially smartphones, gadgets and tablets. Blogging on this site since 2008 and discovering prototypes and trends before bigshot companies sometimes
Oppo X Tom Ford is a Stylish Rollable Smartphone   OnePlus 8T Gaudi Gets a Color Changing Version That Monitors Breathing