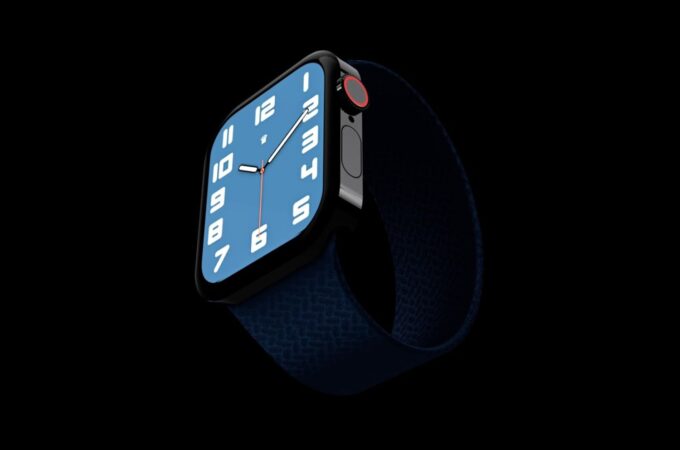 Turns out that flat edges are in and curved edges are out. We’ve seen flat edges on the iPads, now the iPhone 12, but not on the Apple Watch, which has gotten curvier as of late. Designer Wilson Nicklaus has come up with a render of the Apple Watch Series 7 which tries exactly that: make flat edges cool again.

Nicklaus created renders inspired by the latest iPhones and iPads. There are no changes to the Apple Watch or aspect ratio, just the metal case. We get to see a stainless steel version of the watch, with edges that look very much like the iPhone 12 Pro. Supposedly there’s also an aluminum Apple Watch Series 7 inspired by the iPhone 12 basic model. The problem is that such a square design make the device look bulky and more mature, perhaps not catering to the needs of youngsters.

It’s rather chunky, rough around the edges and serious. This idea would only work as a special edition of the Apple Watch, a chrome steel model maybe. Flat edges work on a phone because they increase grip, but on a watch there’s no need for that. It’s an object of desire, something to look at or just touch every once in a while. I also feel that flat edges would dig into your wrist more when sleeping or working out. I actually like the bottom of the device, the piece with the pulse sensor and what appears to be a MagSafe ring.

How about you? How do you feel about this design?

About Kelvin
Passionate about design, especially smartphones, gadgets and tablets. Blogging on this site since 2008 and discovering prototypes and trends before bigshot companies sometimes
Samsung Galaxy A52 Leaked in Press Renders via OnLeaks   Top 7 Criteria for E-Commerce Web Hosting This 2020