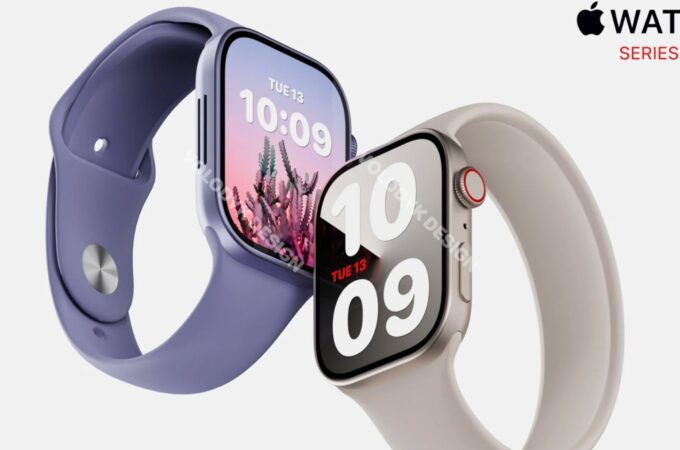 As you’ve probably heard Apple is said to be holding a big Fall event on September 13th, where they’ll unveil not just the new iPhone 14 models, but also 3 new Apple Watch units. One of them is the Apple Watch Series 8, which just received beautiful renders courtesy of @ld_vova.

The device gets modernized, it receives a square screen, but also keeps the rounded bottom and comfortable fit on the hand. It’s also perfectly compatible with the existing bands. The biggest difference compared to the current model sis the flat glass upfront, instead of curved like the Watch Series 7 has. The screen borders are also shown as being slimmer, making this the watch with the best screen to body ratio.

Earlier concepts showed that Apple would adopt sharper corners on the top and bottom of the device, but this concept prefers a more rounded bottom section, which is said to make it more comfortable on the hand. Then there are the larger openings of the loudspeaker and the familiar digital crown button on the right hand side. Sadly this year we won’t see much of a hardware upgrade, so we will get the pulse sensor, oxygen saturation, but the temperature sensor won’t make it.

We’re also expecting a blood sugar sensor and even blood pressure, but that’s sill far off.

About Kelvin
Passionate about design, especially smartphones, gadgets and tablets. Blogging on this site since 2008 and discovering prototypes and trends before bigshot companies sometimes
The correlation of Bitcoin and the security Bitcoin and financial security: Do they correlate?   The Various Types of Gambling Promotions and What They Mean for You