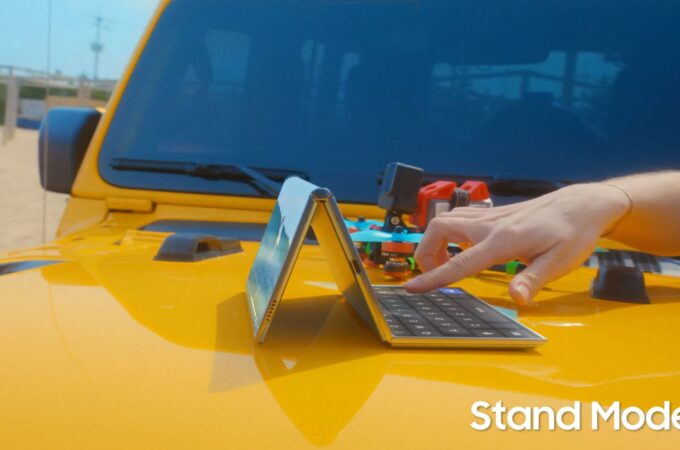 Earlier in May Samsung Display was able to show us the future, or better said the future of Samsung’s foldable devices. The Display Week event took place and the South Korean company was for a big showcase. It’s also true that some of these products we’ve seen during CES 2022.

Samsung had a booth at Display Week 2022, held in San Jose, California, showing off everything and the kitchen sink. We saw foldable tablets, laptops, rollables even., The Flex G and Flex S concepts from CES 2022 were also there. Those are rather tri folding panels, which could turn a phone into a tablet and viceversa. One is able to fold twice inward and the other folds both inward and outward.

There’s a showcase video below, which you MUST see, as it shows a rollable, or better said a slidable with a 6.7 inch diagonal. The odd thing is that it lines up with the rumor about a Motorola vertical slider phone, which Samsung could supply the screne for. There’s also a slidable with an 8.1 inch screen, which expands horizontally on the sides and grows to 12.4 inches. Samsung also mentions a gaming foldable OLED with attachable controllers, which sounds like a Nintendo Switch.

Even a Digital Cockpit for cars appears, growing from 7 inches to 15.3 inches. Of course these are all prototypes and the earliest we could see a product is at IFA 2022, if we’re lucky. Of all these concepts, the vertical slider is the only one that could materializer sooner than later.

About Kelvin
Passionate about design, especially smartphones, gadgets and tablets. Blogging on this site since 2008 and discovering prototypes and trends before bigshot companies sometimes
The Benefits of Ethereum Gambling   Crazy Apple Watch Concept Has a Foldable Display