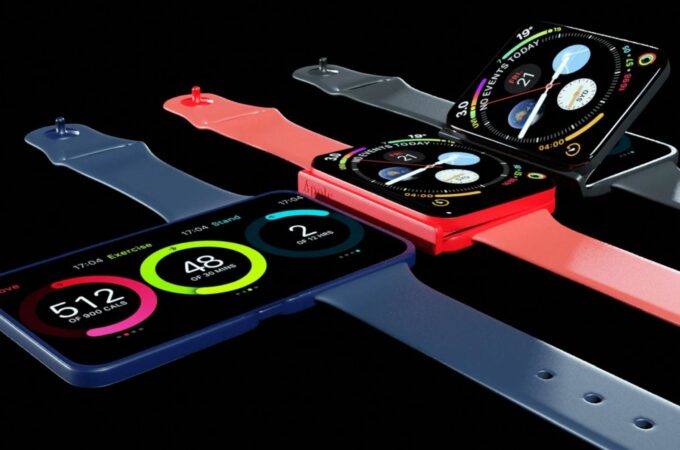 We’ve seen everything fold over the past years, starting with phones, then tablets and even laptops. Now there are dual folding devices and also triple foldables, but one thing I hadn’t seen till today was a foldable Apple Watch. Well, now we have…

The creation of Liquid Silicone, this is a foldable Apple Watch dubbed Apple Watch Series X. We’re getting a smartwatch with a screen panel that can open up and become an iPhone, a large one. There’s a primary screen at the front, which opens up like a book and reveals a secondary screen inside. There’s a risk of increasing the device’s overall thickness by using this dual panel approach. The way the screen expands makes the format go from squad to rectangular and squeezes more apps on your wrist.

You can now enjoy YouTube, Netflix, TikTok and more, even games. Apple Watch Series X has a flat edge design, taking on the approach of the latest iDevices from the past year or so. There’s also an interesting “bridge” on the left hiding away the folding mechanism, much like the Galaxy Fold does. At the end of the day this design feels a bit dated, since that’s the way we used to imagine futuristic watches 15 years ago or 20 years ago.

However, you’ve got to appreciate the thinking outside the box.

About Kelvin
Passionate about design, especially smartphones, gadgets and tablets. Blogging on this site since 2008 and discovering prototypes and trends before bigshot companies sometimes
Samsung Display Teases the Future of Foldable Devices With Multiple Formats   What Reishi Mushroom Powder Can Do for You