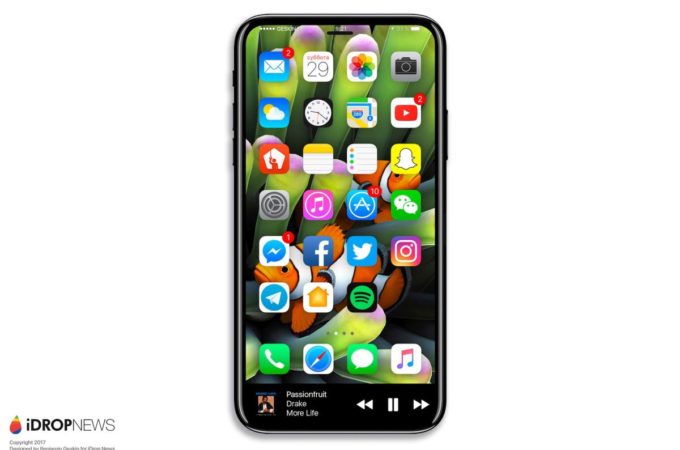 These days everybody is talking about the way Apple is going to integrate the iPhone 8 fingerprint scanner. Some say it’s going to be placed at the back, while others expect to see it within the front panel. As usual a designer has some answers. 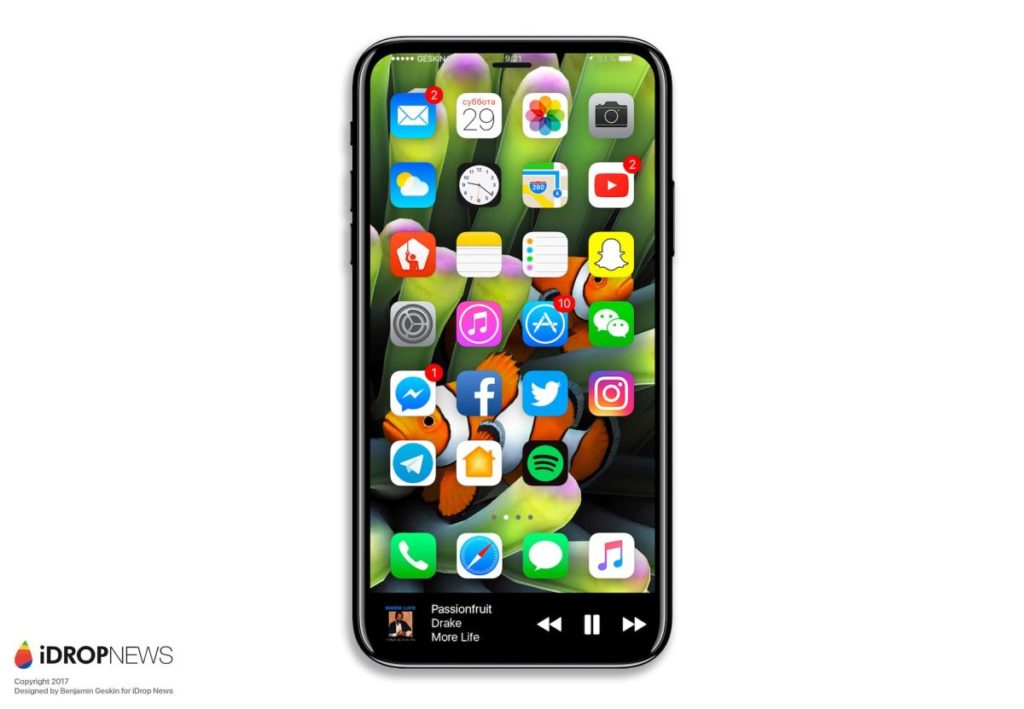 His name is Benjamin Geskin and he’s created quite a few iPhone 8 concepts lately. This time he made a series of renders for iDropNews and you can check them out here. Benjamin seems pretty convinced that Apple will dedicate a full panel to contextual interaction in the bottom portion of the iPhone 8 facade. This means that the 5.8 inch panel will offer a 5.15 inch actual screen area, while the rest is meant for “function area” purposes. 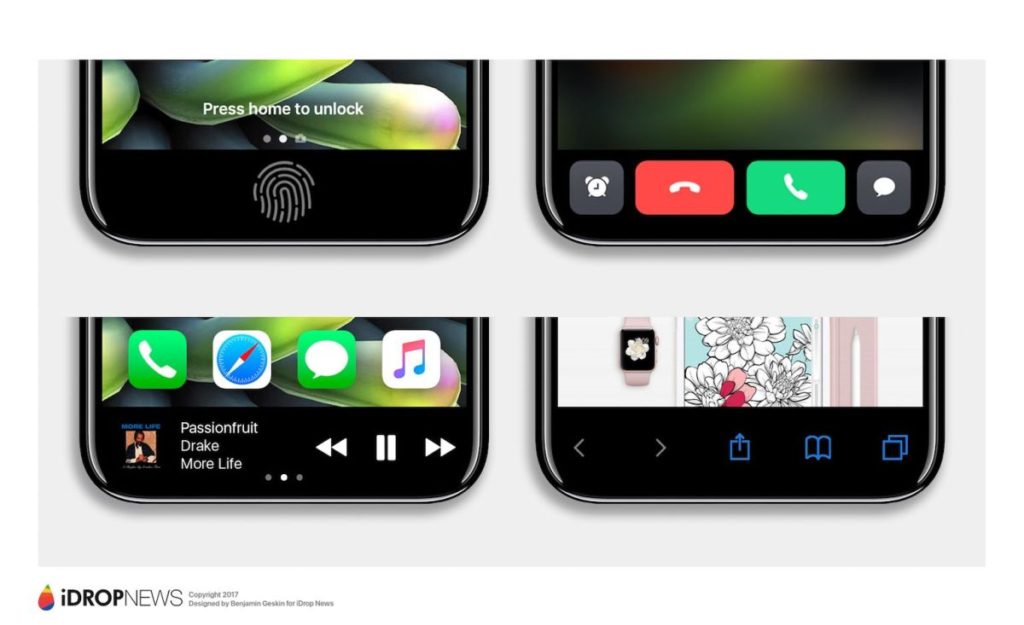 This feels a bit like the Touch Bar on the MacBook Pro and it will display music controls, call/end call buttons and of course let you interact with the fingerprint scanner. Some may say that it would be a secondary screen, a pretty criticized feature on the HTC U Ultra and even on LG’s V10 and V20. It certainly makes more sense than spoiling the back side and the logo placement with a back fingerprint scanner. 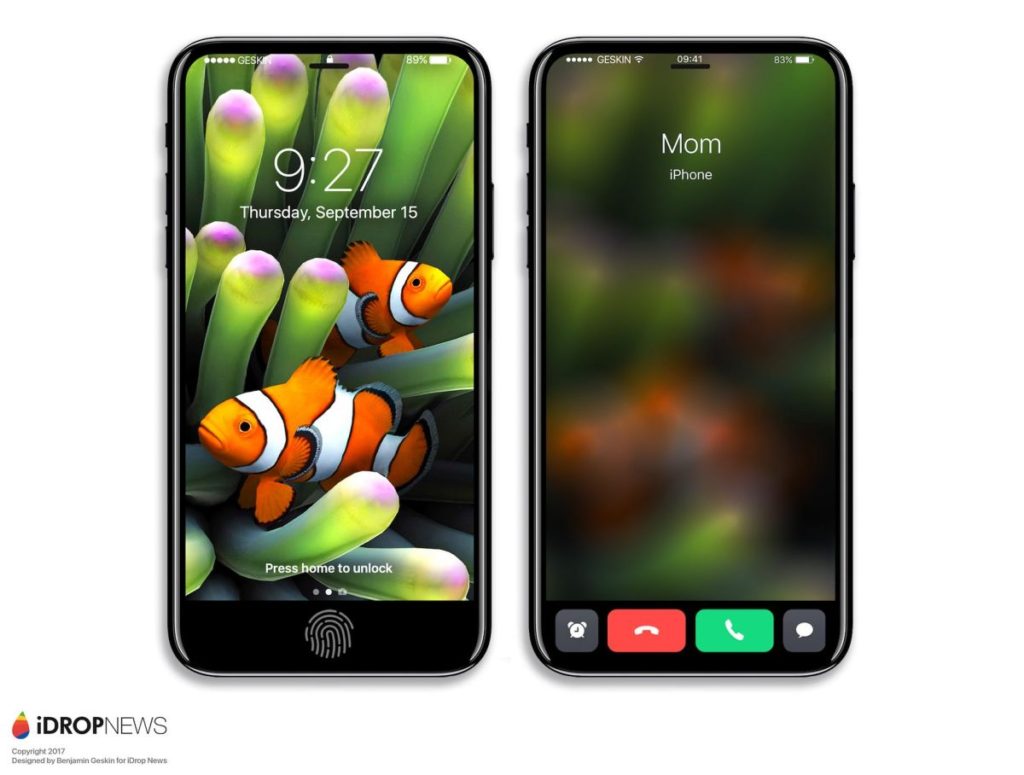 However, it would make more sense to offer us a large screen and the option to press wherever on the screen to authenticate. Or Apple could even ditch the whole thing and go with an iris scanner. However, with a bezelless screen approach, the function area wouldn’t make you feel you’re missing screen estate. In the end a solid idea, but Apple probably won’t do it. 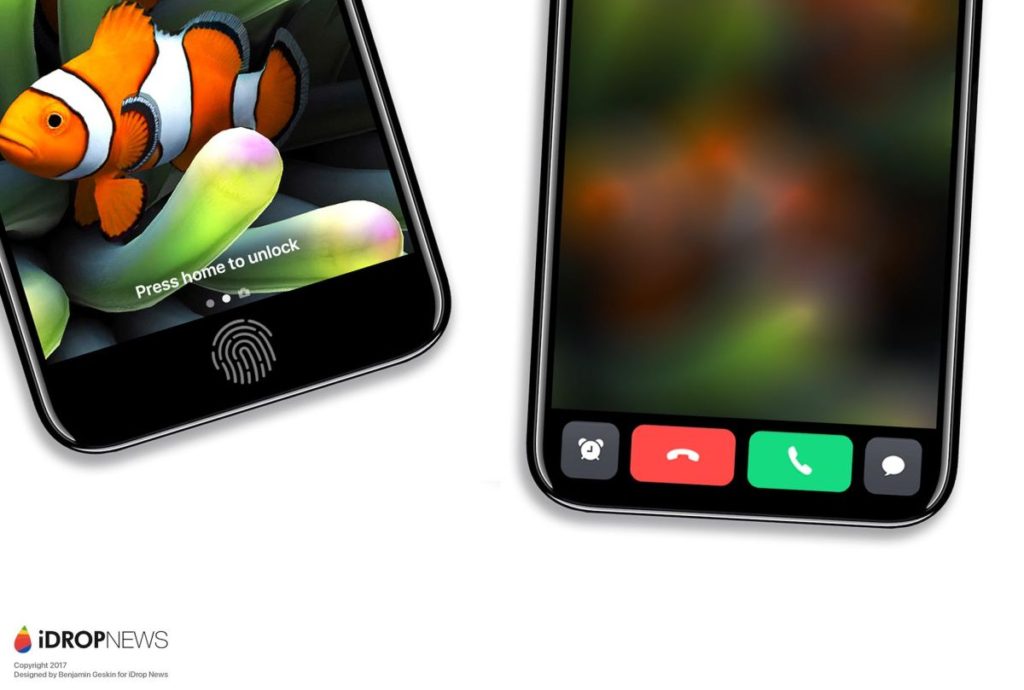 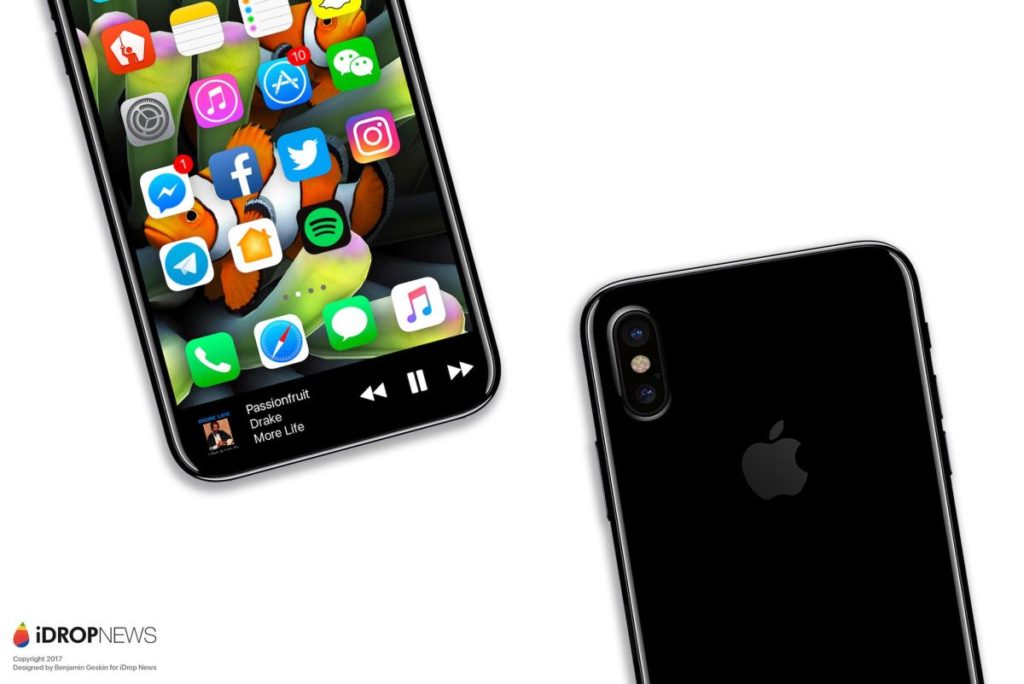 About Kelvin
Passionate about design, especially smartphones, gadgets and tablets. Blogging on this site since 2008 and discovering prototypes and trends before bigshot companies sometimes
iPhone 8 Gets Accurate Concept Courtesy of Designer The 90s Robot (Video)   OnePlus 5 Concept Render Has Dual Camera, Feels a Bit Like the LG G6 (Video)