Folding iPad Pro is the Stuff of Dreams for Now 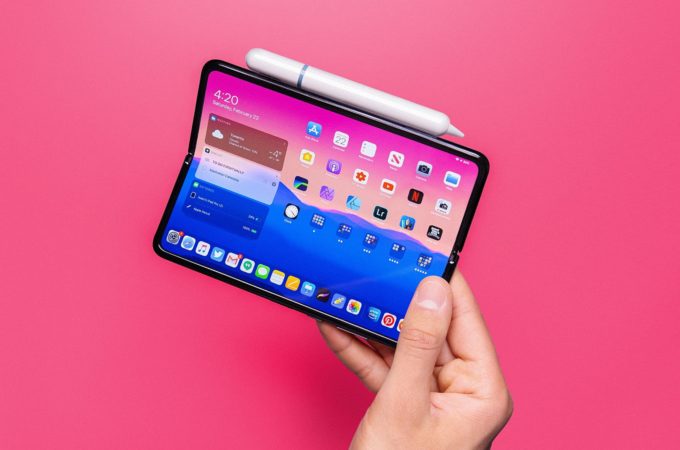 First of all, credits go out to Canoopsy, the creator of this concept, who also has a lovely video on the topic below. He envisions the device as a smaller than usual foldable phone and tablet, which can fit in a bag and also a pocket The design resembles the Galaxy Fold quite a bit, but it has been simplified and gets a more minimalistic approach. It’s a more landscape oriented machine, which doesn’t get specced yet. I supposed it’s at least 8 inches in diagonal when opened up.

The hinge is also similar to what we saw on the Galaxy Fold, since at its core it is a Galaxy Fold with a skin and a fake UI on. The designer also shows how you could make an iPad or iPad Pro into a foldable, by cutting down on size, bezels and material used. The UI would obviously be iPadOS and there’s also the stylus attached magnetically at the top side, as shown in the render. The hinge will be the maker or breaker of this product, if you ask me.

Also, depending on the size we may get a keyboard accessory, special cases and even a special type of Apple Pencil. Apple has never been a trend follower, but rather a trend setter, so I can’t see them launching a foldable phone or tablet just yet…