Since this week brought us the controversial iOS 7, we might as well handle the situation with some irony. That’s why we present to you the T3 made iFruit phone concept associated with GTA V, the upcoming hit game from Rockstar. 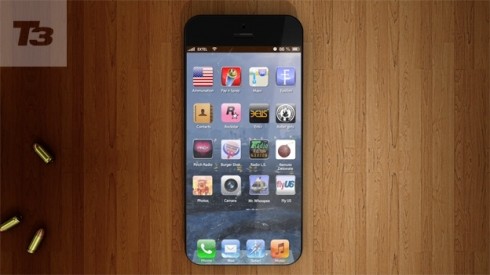 The game has a handset called the iFruit featured in it, a clear jab towards the Apple handset. This is a fictional device that will allow the gamer to see the game map and apparently you’ll really need this item during gameplay. There were previous iFruit devices in the GTA series, allowing you to make calls and view the map, so this new and improved unit will be interesting to see.

Now the phone will include social networking features, apps and even a mobile store for purchasing weapons and such. The iFruit phone features a glass panel separated from the back body of the device and the device clearly adopts an edge to edge display. The lower side features pretty much the same speaker and port design as the iPhone 5.