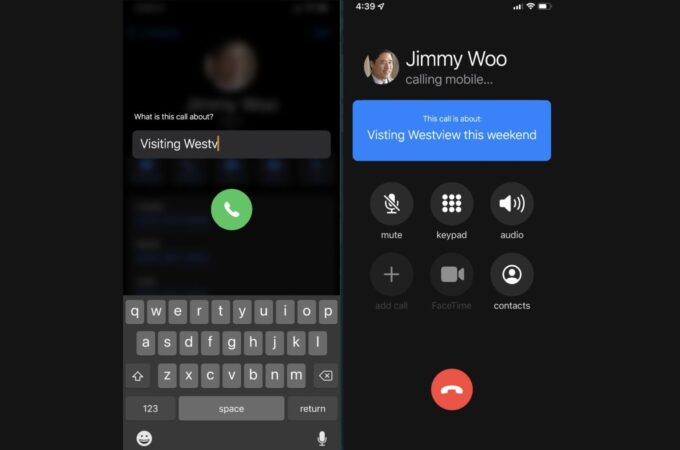 We all know the moment when a dear friend is calling, but he may want to borrow some money. Or when an unknown number is calling and it could be a banks survey, but also the food delivery guy. Call ID may solve this, but it’s not enough. This new concept may totally fix it.

Dan Mall, CEO of Super Friendly has created a concept for iOS which lets the caller specify the reason they’re calling for. This means that next to the number of the caller you may be able to see reason, or a message. This helps you decide if you’ll answer it or not. This applies to both known or unknown numbers and using Siri you can dictate the reason of the call.

A scenario to show the utility of a call is am emergency that involves you not having access to your phone and using another person’s. This is just a concept, but seeing how much of a fuss Google made when they came up with a system that automatically talks to people on the phone, Apple may just want a piece of that. The problem with this is that people are lazy and they can barely have time to tweet nowadays, let alone input stuff when they want to call people.

About Kelvin
Passionate about design, especially smartphones, gadgets and tablets. Blogging on this site since 2008 and discovering prototypes and trends before bigshot companies sometimes
iPhone SE 2022 Gives the Home Button New Lease on Life   iPhone 14 Concept Gets Rid of Camera Module in the S22 Ultra Fashion