Bob Freking is back with an unlikely design, an iPad 3 concept. I say unlikely because Apple will most likely not change its classic iPad design with one that has rounded corners, as shown to us by Bob. The device’s shape reminds me of the HP TouchPad or the Motorola Xoom 2 and honestly speaking I fancy the shape of the iPad 2 more. 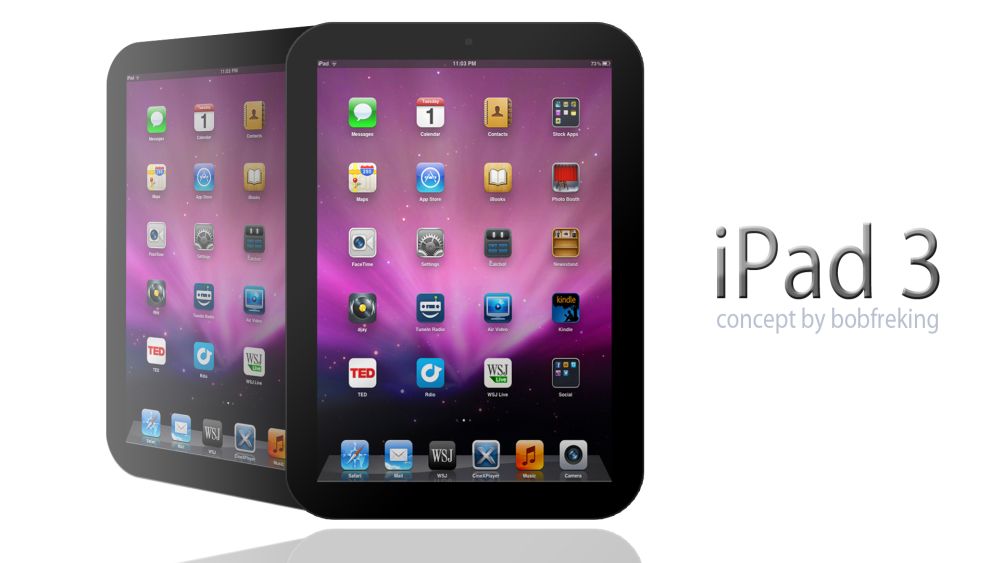 This slate comes with a Retina Display, an Apple A5X chip (advanced dual core chip), an 8 megapixel camera with flash, the same as the one on the iPhone 4S and support for 1080p video capture. Rumors say that the tablet will be thicker, so it is, according to the designer. Bob Freking expects to see an “ASUS Transformer Prime made by Apple with less ports”. March 7th is when the REAL iPad 3 will be launched, so keep an eye out for news on the new slate on that day.

Also, people seem to be favouring the name iPad HD for the new product, considering its incredible Retina Display. Other things to look out for are NFC, LTE and maybe a quad core, not dual core CPU on the next gen iPad. Excited for March 7th?