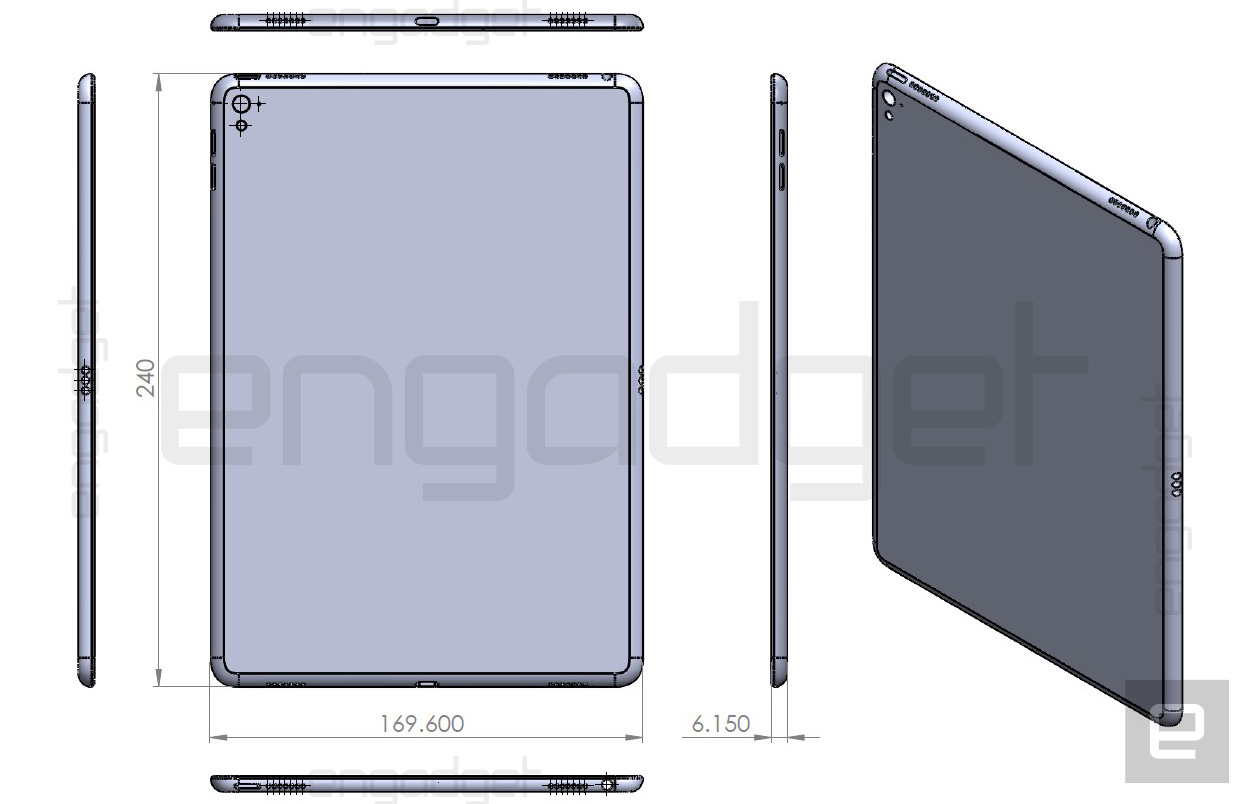 We’re expecting the iPad Air 3 to debut next month, during a special event that will also bring us a brand new 4 inch iPhone. In the meantime, the tablet has leaked, courtesy of Engadget, in the drawing below. 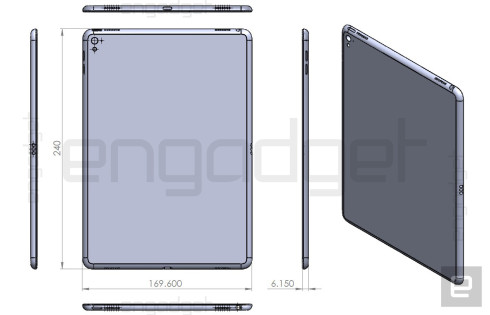 It’s sort of a combo between a sketch and render and it shows the iPad Air 3 as a smaller version of the iPad Pro. The slate has quad speakers, one for each corner and it also brings a main camera with a flash and pretty much the same design format as the iPad Pro. Smart Connectors are integrated on the sides and there’s talk of a 4K display among the specs.

Sources expect the slate to be 0.05 mm thicker and 0.1 mm wider than the iPad Air 2 and we also envision this as a tablet with more RAM and an improved CPU, compared to the predecessor. Special new gen accessories like an Apple Pencil and Smart keyboard are to be expected as well.

About Kelvin
Passionate about design, especially smartphones, gadgets and tablets. Blogging on this site since 2008 and discovering prototypes and trends before bigshot companies sometimes
iPhone 7 Plus Rendered by Aitor Amigo, With USB Type C Port, Up to 256 GB of Storage   Windows Phone Death Taken in Jest Through Lumia – Dead Edition