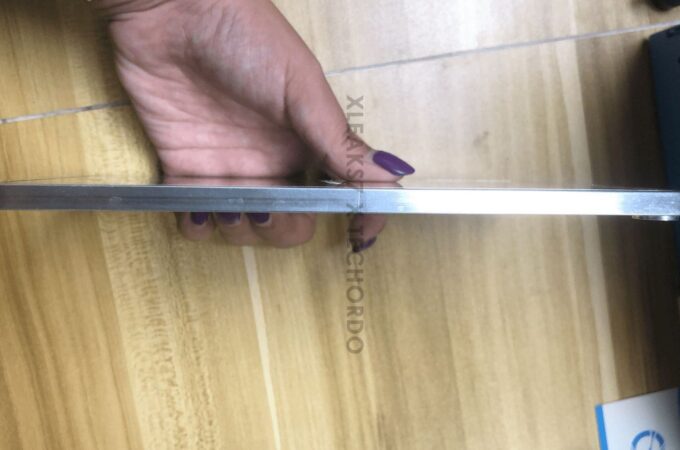 There haven’t been many leaks lately, as far as flagship phones are concerned, but tablet leaks we’ve seen aplenty. The latest comes from Techordo and xleaks7, who reveal a metallic mold of the iPad Mini 6, which you can see below.

This is supposed to be a factory mold, used to produce the future iPad Mini. The device is said to adopt a design similar to the iPad Air 4, which means flat edges and a Power button at the top side. It also has a square-ish design, a flat screen and flat back cover. The Touch ID Home button is now gone and bezels are much narrower, plus the diagonal increases.

It’s unlikely we’ll see the Apple M1 CPU here, but an Apple A14 or even Apple A15 would make sense. Also a mini-LED screen would be nice, if Apple can dare to do it. This would definitely increase the price. We’re expecting a larger diagonal, perhaps 8.5 inches, perhaps 9 inches even and to give you an idea of the device’s footprint, we have the video below:

The tablet could debut during the September Apple event where the iPhone 13 could be announced, as well as the Apple Watch Series 7 and new MacBooks. The iPad Mini has been dead for two years now, but seeing how companies like Nokia, Motorola and Xiaomi are getting back into tablets, everything is possible nowadays. It has to do with the increase of the work from home and learn from home trend definitely.