iPad Mini 6 Rendered in New Concept Designs, Flatter Than Ever 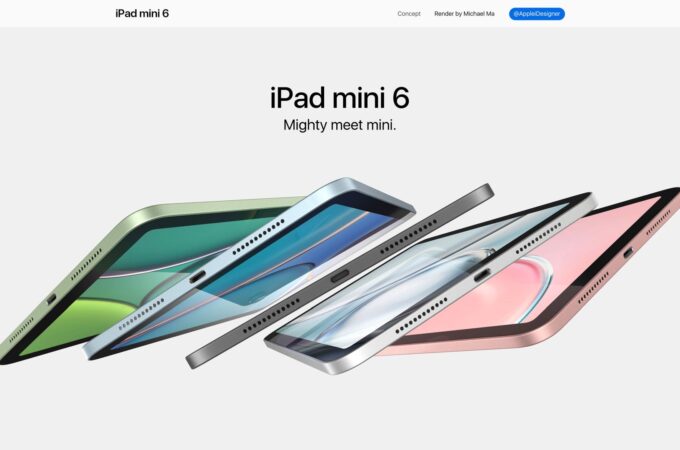 We’re less than a month away from the debut of the iPhone 13 series, but it won’t come alone. It should arrive with the iPad Mini 6, new MacBooks and maybe a new pair of headphones. The iPad Mini 6 has been leaked and rendered before, but this time we’re getting more color versions.

The creation of designer Michael Ma, the iPad Mini 6 gets rid of the Home button with Touch ID. It has an 8.4 inch Liquid Retina Display with symmetrical bezels, which are not as slim as the iPad Pro ones, but also not as thick as the iPad Mini 5 ones. The Power button is moved to the top and integrates a Touch ID sensor. By the way, the diagonal may have increased from 7.9 inches to 8.4 inches, but in fact the device may be more compact. We also get the flat edges of the iPhone 12 series.

Refresh rate stays at 60 Hz this time around and we also get support for a third gen Apple Pencil. No trace of a mini-LED panel, even though I’ve heard one such iPad Mini was coming. The source also mentions measurements: 206 x 138 x 6.1 mm and the colors you can see here are Space Gray, Rose Gold, Sky Blue. Inside we find an Apple A14 processor, the one from the iPhone 12 series, plus 4 or 6 GB of RAM and also 64, 128 or 256 GB of storage.

A 5G version may also be in the cards. We should also get an USB-C port in lieu of the Lightning one at the bottom. The price? Anything around $300 or $350 would be great.

About Kelvin
Passionate about design, especially smartphones, gadgets and tablets. Blogging on this site since 2008 and discovering prototypes and trends before bigshot companies sometimes
Vivo X70 Pro+ Rendered in Detail, Also Specced As a New Cameraphone   How to Help Your Employees Get Better at Tech