Everyone’s talking about that rumored 7.85 inch iPad, the iPad Mini that Apple supposedly developed to keep the rivals like Amazon Kindle Fire at bay. Now, we have a concept to go with that idea, the one designed by Federico Ciccarese. He has lot of a very nice Apple designs, that you can see by clicking on his name. 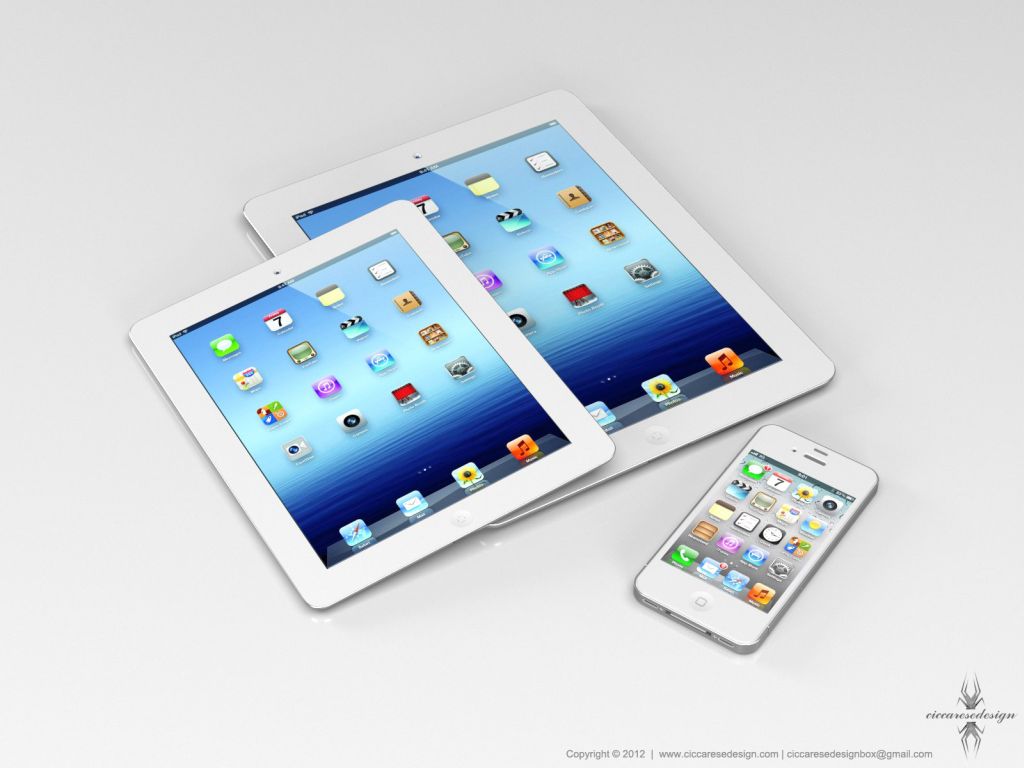 As far as the iPad Mini render goes, we’re dealing with a 7.85 inch tablet with a form factor that’s exactly the same as the one of the iPad. You can see a size comparison in the pictures here and even a comparison with the iPhone. I’d say it’s about one third smaller than the iPad and about 3 times bigger than the iPhone 4S, but that’s only my estimate, so don’t take it for granted. Apple would do everyone a huge favour if they used the older display of the iPad on this device and implement the new iPad 3 camera if they can.

Also, the battery should still provide 10 hours of use. I recommend to use the older iPad display, because it’s very hard to achieve a Retina Display level on 7.85 inches, it drains the battery and makes the price higher. Imagine a $300 or so 7.85 inch iPad. That would kill basically all tablets under 10 inches that are available right now… What do you think? 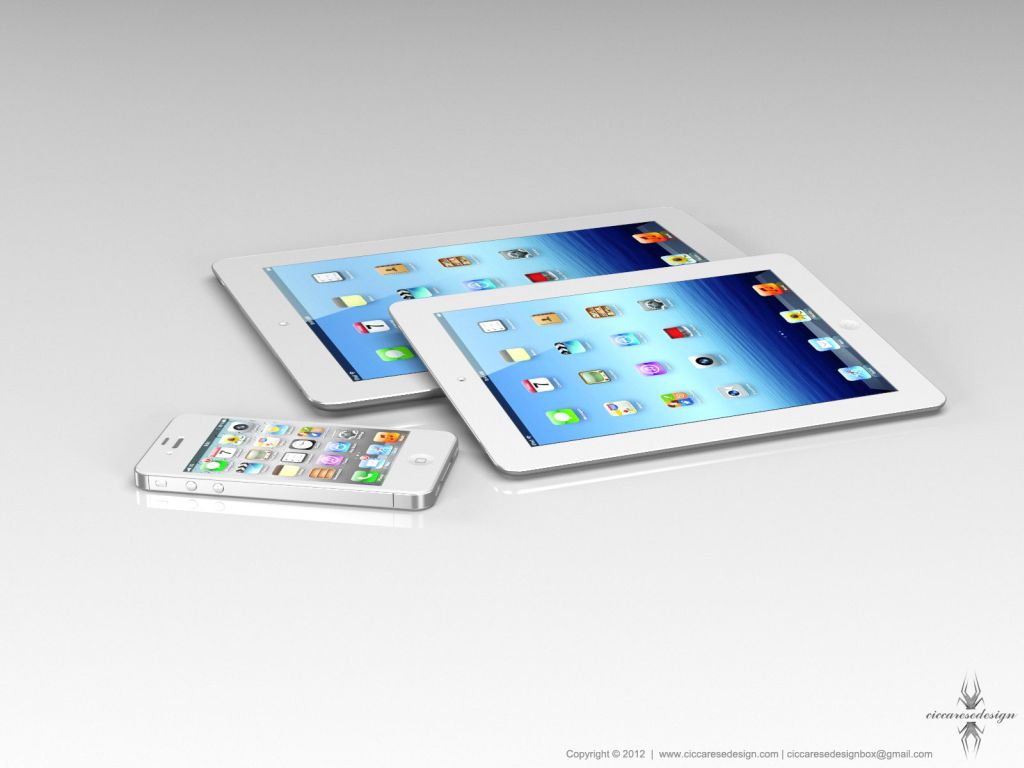 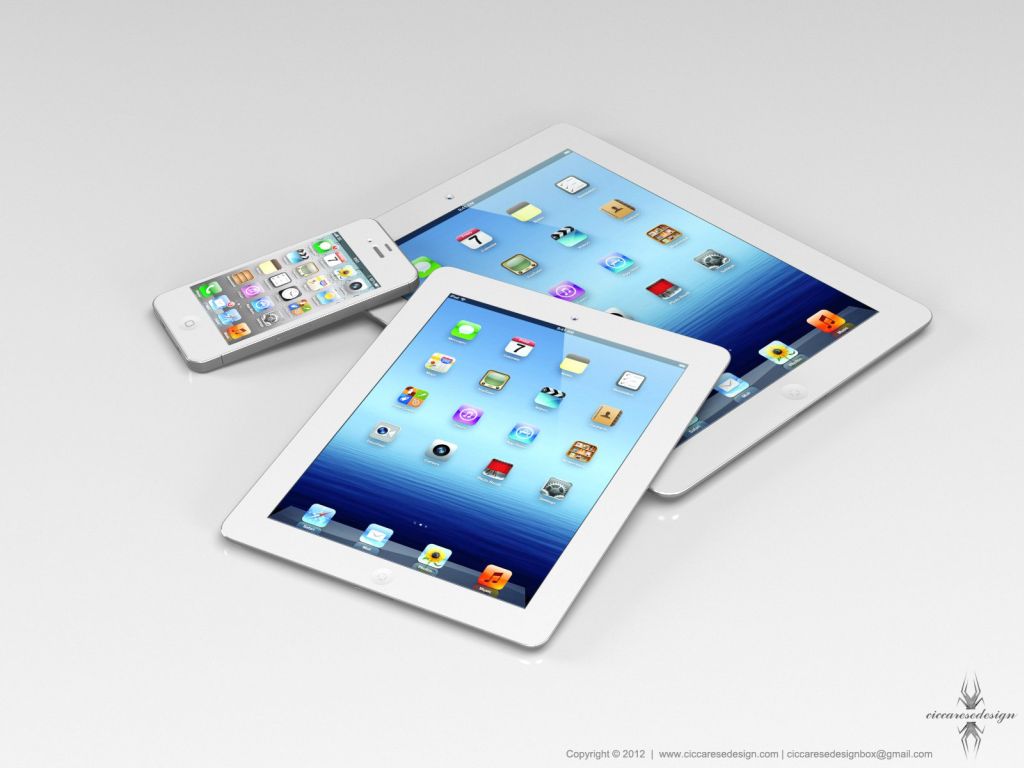 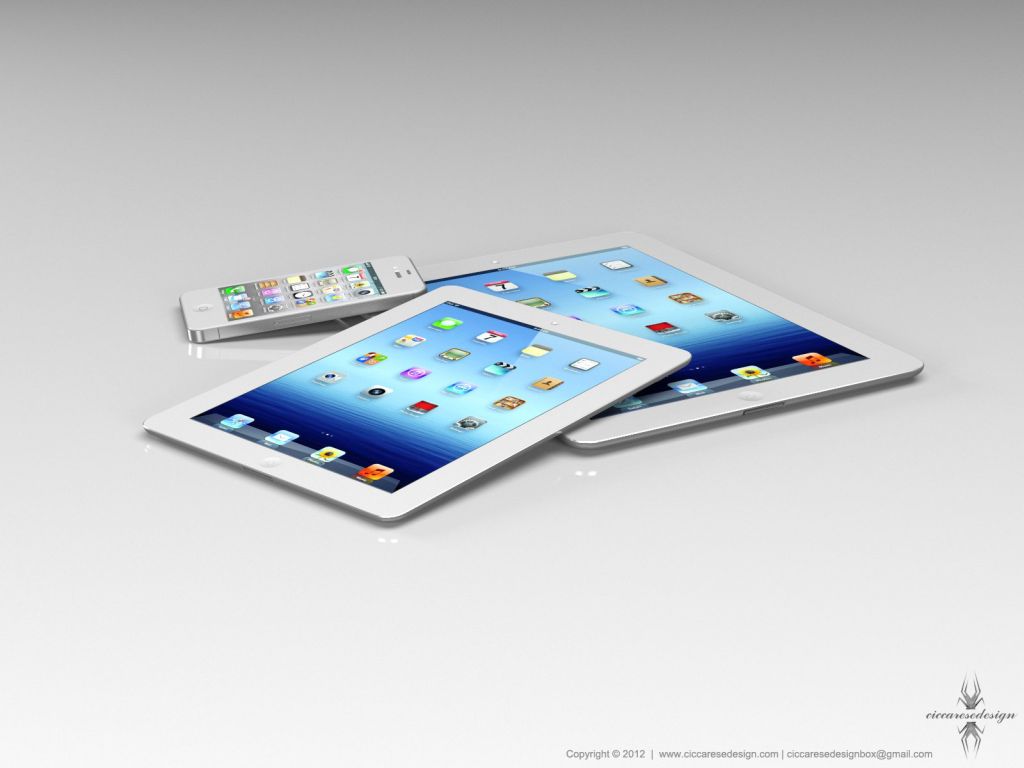