Hasan Kaymak not only imagined some high end phones from HTC lately, but also the social networking-focused HTC ChaChac II model. This should be a Facebook phone, just like its predecessor, but I can’t seem to spot that special social networking blue button. 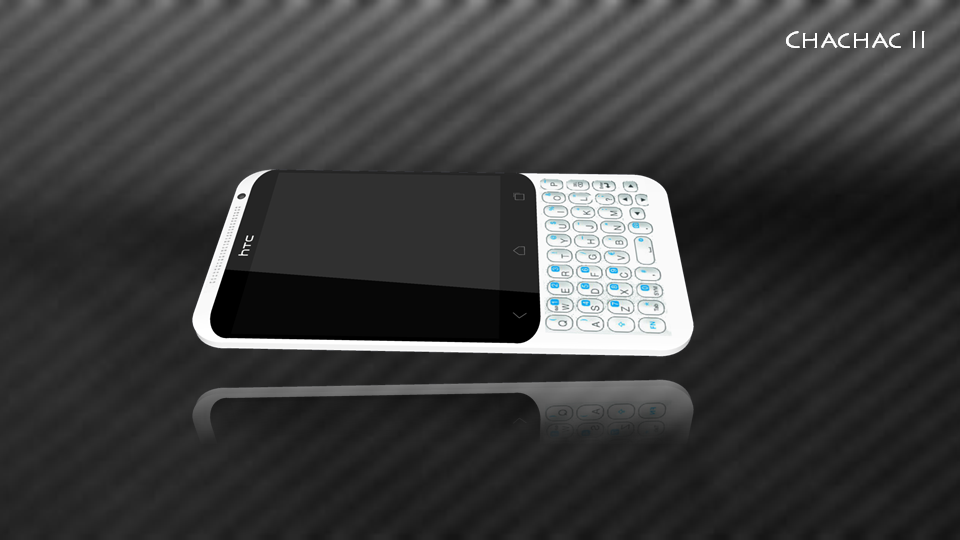 The device is a dual SIM one, packs a 3.5 inch LCD multitouch display, Beats Audio in ear headphones and an 8 megapixel camera with dual LED flash. There’s also wireless charging on board, NFC, LTE and Android 4.0 with HTC Sense 3.0. Basically, everything becomes supersized from the original HTC ChaCha, including the screen, camera and other specs. I guess there’s also a dual core CPU inside, maybe a cool Snapdragon unit. There should also be a front camera on board and you can see those 3 capacitive buttons under the display, specific to Android 4.0 handsets.

When I first touched the HTC ChaCha, I was very impressed by its physical keyboard, even better than the one on BlackBerry and Nokia E series models. At some point I found out that this keyboard was about 10% bigger than any other input method on touch and type devices.