The most prolific designer we’ve had on this website for years, Bob Freking recently read a piece on Phone Arena about the upcoming Samsung Espresso 10 and Espresso 7 tablets, that are supposed to launch in June. He then proceeded to design a bunch of renders to fit the newcomers. You can check them out below: 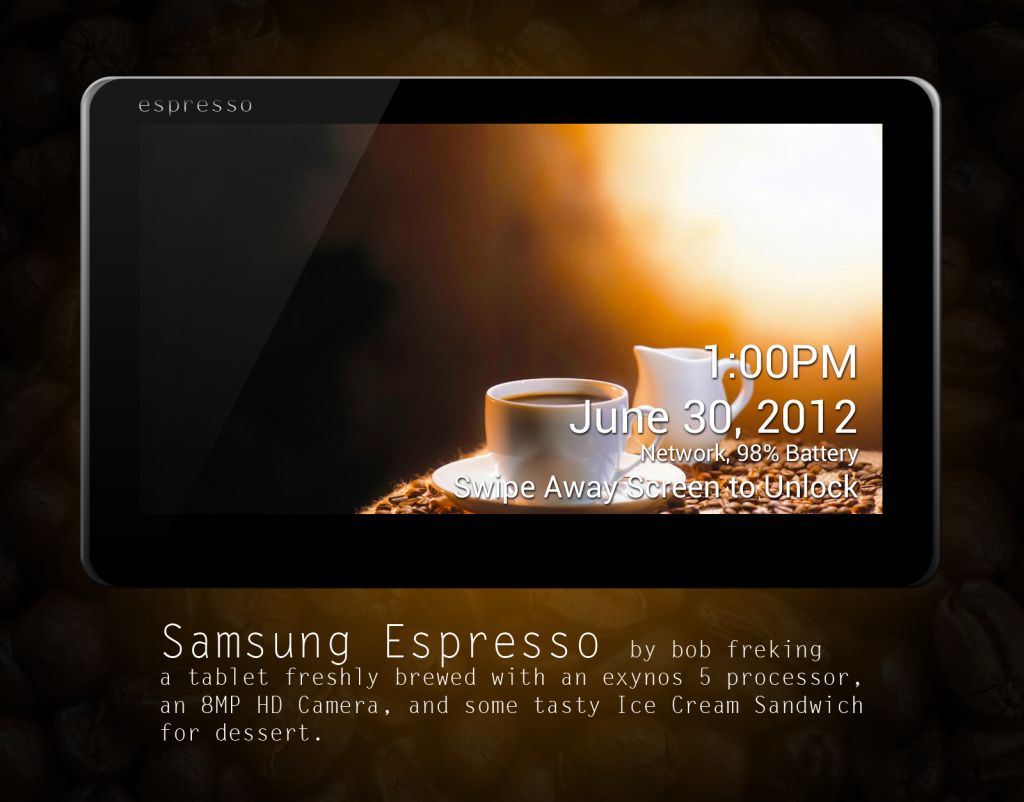 Bob wants Samsung to “battle in the high end segment” and not be happy with the lower end one. He imagines an Exynos 5 A15 processor will be on board, as well as an improved camera, to finally get rid of all those poor 3MP sensors on the latest Sammy slates. The designer wants an 8 megapixel camera this time, the same sensor on the Galaxy S II, plus a case that’s as thick as the one of the Galaxy Tab series and Android 4.0 ICS as a must have feature. Expandable storage, 4G LTE and 3G are also available. 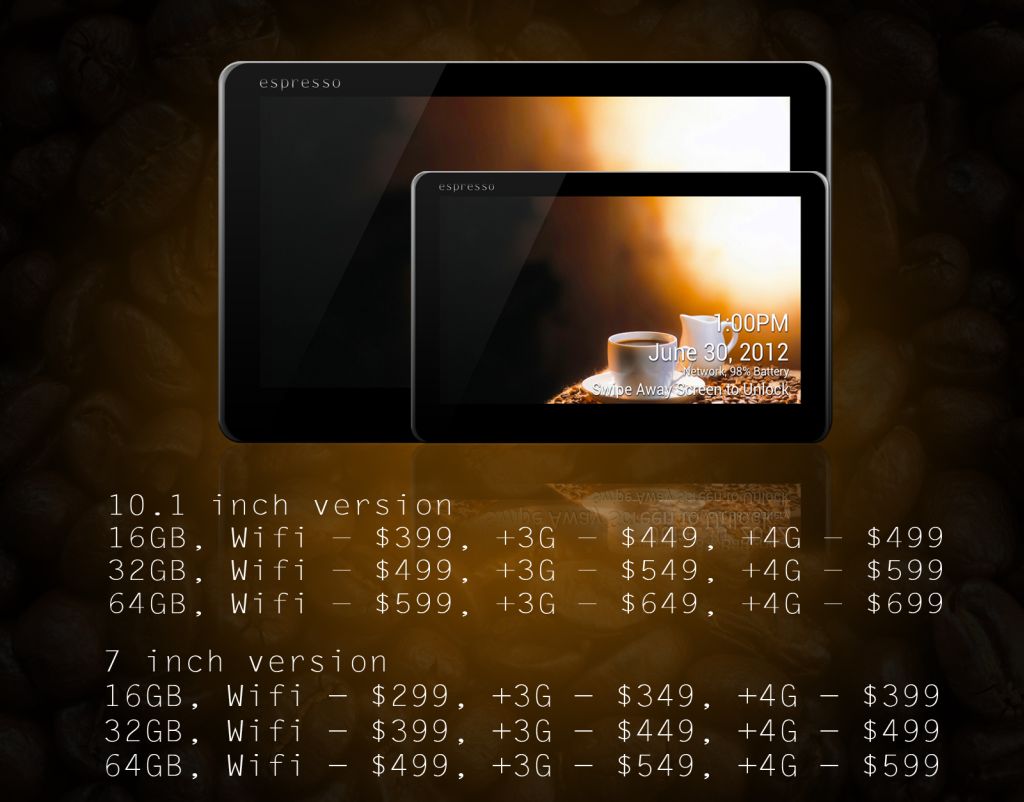 About Thrystan
Glass Smartphone and Tablet Are Edge to Edge Devices, Totally Transparent   iPad Mini, a Concept by Federico Ciccarese