We’ve just found a brand new iPad Mini mockup, a concept design made by Nickolay Lamm, who gathered all the leaked info about the 7.85 inch Apple table. The device is rumored to debut sometime in the following months with a lower price point and diagonal than the other iPads. 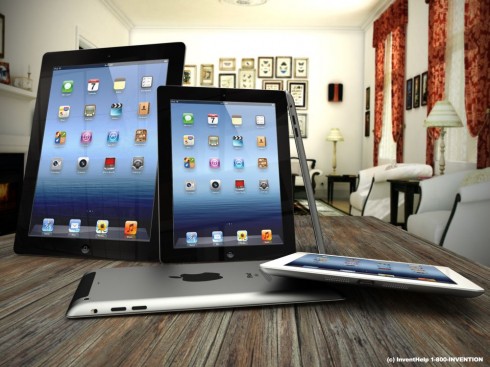 It comes as a response to the Nexus 7 and Amazon Kindle Fire tablets, that sell for $200 or so. The device measures 7.85 inches in diagonal and is supposed to support a 1024 x 768 pixel resolution. The iPad Mini mockup here has a 7.2mm waistline and comes with speakers that resemble the ones on iPhone 5 leaked units. Also the connector resembles the 19 pin one from the latest iPhone component leaks. Other than that the iPad Mini is pretty sleek and good looking, to be honest.

This 7.85 inch iPad could come with a 3 or 5 megapixel main camera, Apple A5X CPU, 16GB of storage, 1GB of RAM, LTE, 8000 mAh battery (or around that value), but these are all speculations. I sincerely doubt that there will be an iPad Mini anytime soon. What do you think?