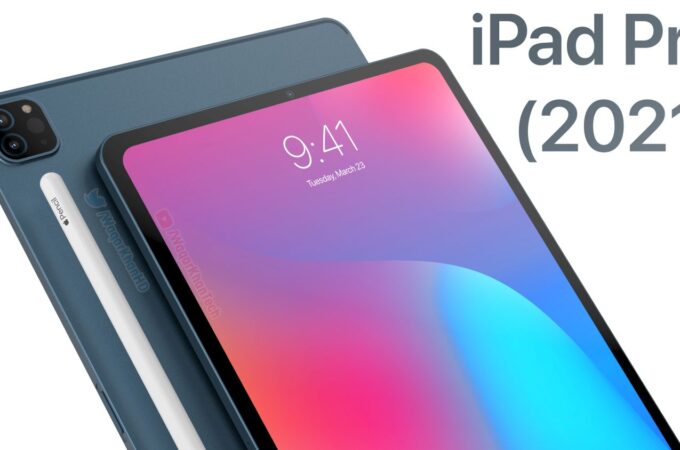 Tic, toc, the Apple event is coming! Apple is expected to unveil “something” on March 23rd and that may well be its first mini-LED iPad. Till that happens we’ve got concepts to cover, like the iPad Pro 2021 created by Waqar Khan. He has a detailed video published on March 15th and we have details below.

First of all, the device doesn’t come with surprises and its design is based on leaked schematics. We’ve got a side attached Apple Pencil, a metal unibody chassis and square camera module with LiDAR sensor. Quad speakers are in the cards and one thing I wish for these new iPads is that they’re easier to handle and move around. The 12.9 inch iPad was very hard to wield for me, much harder than the Samsung Galaxy Tab S7+ 5G for example. There’s a bit of dilemma here: if bezels are cut, where do I rest my fingers? Accidental touches may occur, even if there’s software to prevent it.

Expect some of the colors seen on the iPhone 12 series to be reflected here, including the cool new blue hue. I also expect an Apple A14X CPU on par with the Apple M1, if not even better. We definitely also need a brand new Apple Pencil generation, faster charging (always has been a curse for iPads) and maybe even the switch to a higher resolution or maybe Adaptive Refresh Rate. Will we get at least 1/3 of these?

About Kelvin
Passionate about design, especially smartphones, gadgets and tablets. Blogging on this site since 2008 and discovering prototypes and trends before bigshot companies sometimes
iPhone 4 Gets Remade Out of Nowhere (Concept Creator/ Letsgodigital)   iPhone 13 Pro Gets New Concept Without Port and With 120 Hz Screen (7 Colors)