iPhone 4 Gets Remade Out of Nowhere (Concept Creator/ Letsgodigital) 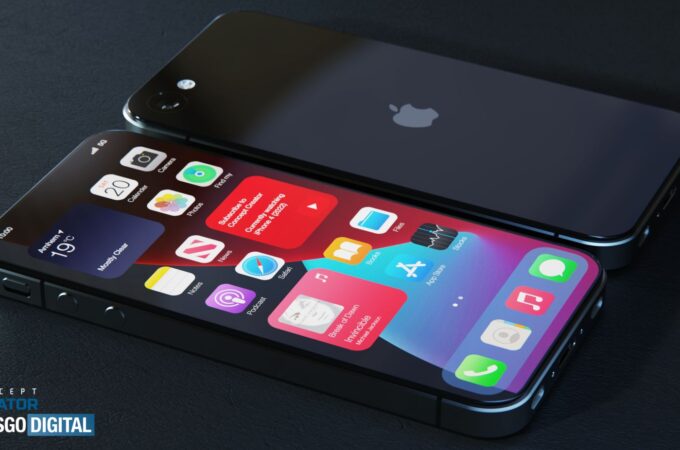 Well, this came out of left field! There’s a fresh render in town, a concept phone made by Concept Creator and Letsgodigital and channels the iPhone 4 design and some new stuff in the mix. The iPhone 4 would definitely be too small for today’s standards, so I’m not exactly sure what this device wants from us.

It’s been 11 years since the 2010 introduction of the iPhone 4, a groundbreaking device back in the day and a game changer. It also had a scandal attached to it, as an iPhone 4 prototype was forgotten in a bar. Back to the future, we have an iPhone 4 2022 concept smartphone here, made by Jermaine Smit/ Concept Creator. There’s still a headphone jack, a bit of a shock for an iPhone. It also has the typical volume buttons and a single back camera with LED flash, taken directly from the iPhone 4. Things sound a bit more modest, but at least the 30 pin connector has been replaced by a Lightning port.

We also have an in-display fingerprint scanner, which has yet to be seen even on modern iPhones. The new iPhone 4 has the same dimensions as the original model from 2010, but the screen has been oversized by today’s standards. Edges have been drastically cut and there’s no notch. The front camera is integrated below the screen, a bold move which Apple has yet to make. I feel that in some way, marrying the old with the new as seen here could actually work. It all depends on the diagonal and CPU, I’d say.

About Kelvin
Passionate about design, especially smartphones, gadgets and tablets. Blogging on this site since 2008 and discovering prototypes and trends before bigshot companies sometimes
iPhone Flip Foldable Phone is Back, With a Clamshell Design   iPad Pro 2021 First Look & Introduction Video Are Here