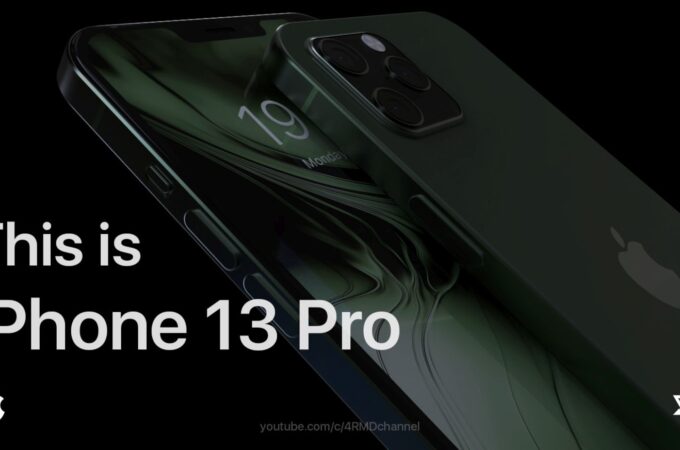 Another week, another iPhone 13 Pro concept appears, this time from designer 4RMD. The source was keen on details and offering us a full specs list for the device. It also adopts the latest rumors about the device, including the controversial lack of bottom port.

We also have a trailer of the device below. The iPhone 13 Pro adopts the Apple A15 Bionic CPU, which probably sticks to a 5 nm tech, not moving to 3 nm just yet. We also have a rather small screen by today’s standards, a 6.1 inch Super Retina XDR panel with 120 Hz refresh rate and ProMotion tech. There’s also an Always On Display, smaller notch and Face ID. A Touch ID sensor has been integrated in the screen, which makes me ask myself why the Face ID and notch weren’t killed alltogether.

Anyway, the device now gets a sapphire glass camera lens, 8K video capture and Portrait mode Video recording, which was very requested by fans. The device is port-less, relying solely on wireless connections and wireless charging. This also means we’re about to finally get the AirPower charger. The iPhone 13 Pro rendered here packs up to 1 TB of storage, 8 GB of RAM and appears in no less than 7 colors. I feel that this concept makes the square camera module a bit more discrete and smaller compared to the iPhone 12 generation.

The metal frame remains flat, channeling the iPhone 4 again. More details can be found in the video below.