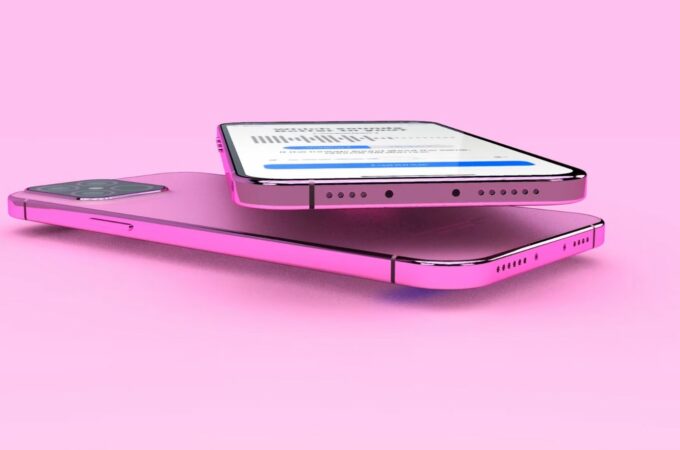 It would appear that Apple’s next big event will be taking place on March 23rd, at the same time with the OnePlus 9 unveiling. Well, to celebrate that info leak, designer Hasan Kaymak has some goodies for us: a series of very well designed concepts for Apple’s upcoming 2021 products: Apple iPhone 13 Pro, AirTag, AirPower and iMac Pro. All of them can be seen in the video below.

In the 2 minutes and 36 seconds of video we get to see each product in detail, also with some surprises. We spot a MagSafe charging pad with 80W fast charging and multiple colorful iPhones. They’re lacking the bottom Lightning port and relying a lot on wireless for charging and transfers. They keep the quad camera module and get new colors, including pink, bright screen and blue. The flat edges are here to stay and somehow the notch is gone, something predicted for iPhone 14 rather than 13.

The green hue looks particularly well here. The AirTag is pretty tiny, shaped like a very skinny coin and attached to a keychain. It’s the equivalent of the Samsung Smartag and should be able to track your wallet, baggage, dog collar and more, when attached to them. I see that the back camera from the iPhone has gone through some modifications, as it doesn’t keep the LiDAR sensor separate anymore and just gives us four sensors for the cam. The iMac Pro doesn’t get that much screen tie, but we’ve heard it was going back to a colorful, maybe even transparent design.

I see that the cheese grater approach is adopted, plus a glossy body and a lot of straight and flat angles. Wireless connectivity will also be available there and the stand of the monitor will probably serve as a charging dock for iPhones.

These are the specs speculated for the iPhone 13 Pro Max:

About Kelvin
Passionate about design, especially smartphones, gadgets and tablets. Blogging on this site since 2008 and discovering prototypes and trends before bigshot companies sometimes
Huawei P50 Pro Leaks, With “Darth Vader Eyes” Back Camera   Google Pixel Fold Shows Us What Google Could Do With a Foldable Phone