When you see an iPad Pro concept created in Palo Alto by a company called Ramotion you suddenly star to pay attention to the device. It’s been rumored for a long while that we’re about to see a bigger and more powerful iPad, so this may be it. 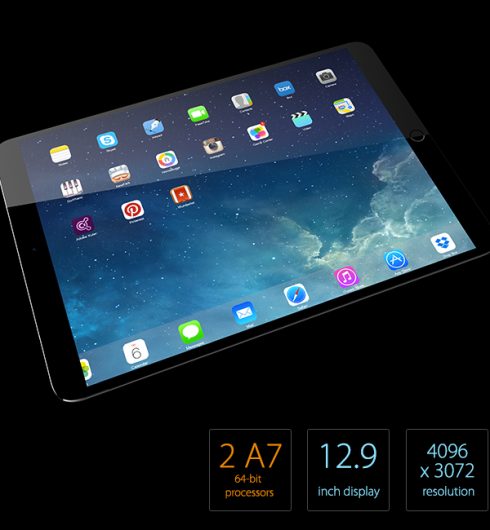 This iPad Pro is dubbed as a hybrid between the MacBook Pro and iPad Air. It’s supposed to measure 11.8 inches in height, 7.9 inches in width and 7.7 mm in depth. It weighs 597 grams and features a crisp 12.9 inch display with a 4096 x 3072 pixel resolution. Inside we’ve got 2 64 bit Apple A7 processors and the slate’s case has an unique coating that makes it resilient to mechanical damage. 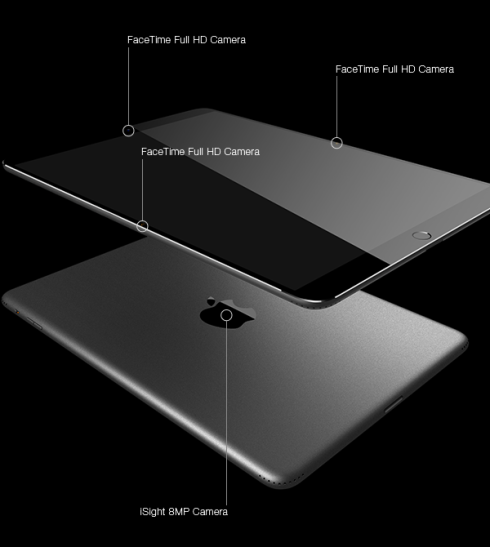 This 12.9 inch iPad has an 8 MP camera hidden inside the Apple logo and now we get 3 FaceTime Full HD cameras, one at the front top and two on the sides upfront. These will offer you 3D video calls, with a variety of angles available. 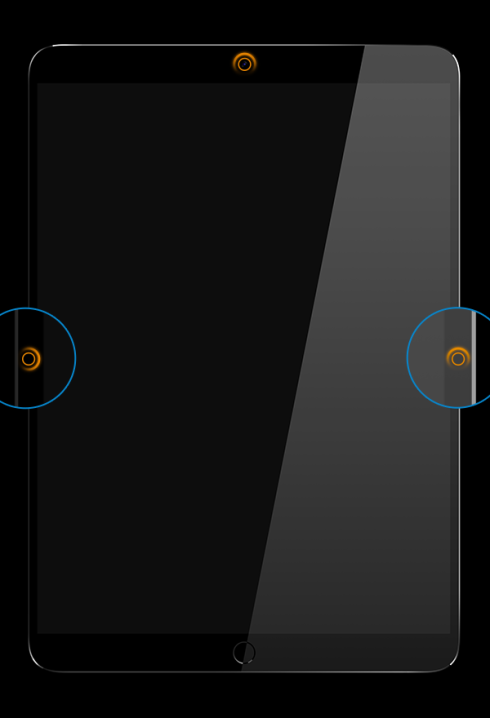 Eye tracking and gesture control will also be offered this way. Also, there are now 4 powerful speakers at the corners of the Pro Apple tablet, for an improved surround sound. Accessories are now more durable and the device gets smart charging with a magnetic touch charger and  LED indication of said charge. 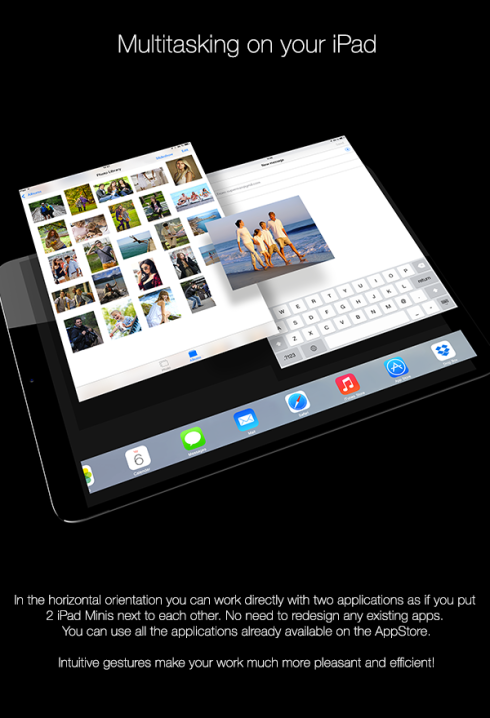 Finally, the UI is also different from standard UI, at least in the multitasking area, where we get the option to work with two apps at the same time, by splitting the screen in two. So, are you throwing money at the screen yet?