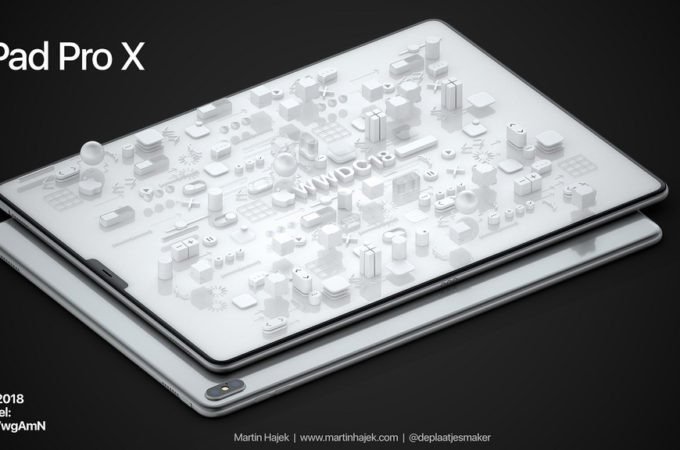 As you know probably, Apple has an event scheduled for March 27th, where they’re expected to unveil a new iPad and several other goodies. By dissecting the Apple press invite, designer Martin Hajek claims to have found a hidden message or Easter egg. It’s related to the shape of a potential tablet. And thus the iPad Pro X is born. 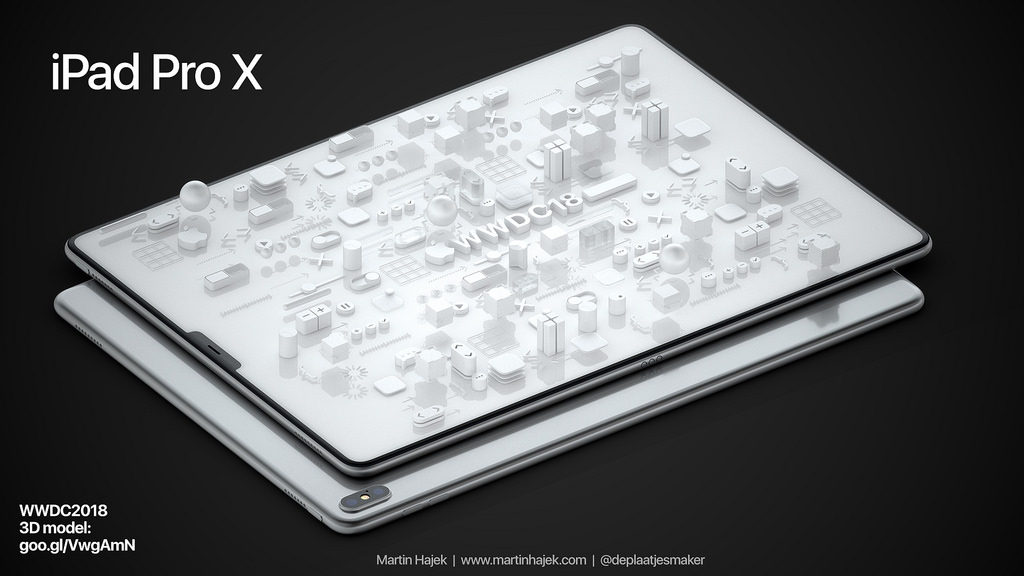 While leaks and rumors about about a cheaper $300 iPad with Apple Pencil support, we may in fact see a beefed up iPad Pro. Judging by the render here, it gets all the goodies of the iPhone X and some design traits. We see a similar notch and also a similar dual camera design. It’s also NOT the first time I’ve seen this approach on a tablet, since I’ve seen iPads with notches before.

Bezels are kept to a minimum and I guess the stainless steel body/frame is also up for borrowing. Also, since Samsung went with glass at the back of the Galaxy Tab S3, why not follow suit? Yes, a tablet is more likely to have its glass back cracked, but trying hurt nobody. I guess we’ll have to wait and see. My money is more on a cheaper iPad than a high end iPad Pro X…

About Kelvin
Passionate about design, especially smartphones, gadgets and tablets. Blogging on this site since 2008 and discovering prototypes and trends before bigshot companies sometimes
Samsung Galaxy Note 9 Concept Has Everything and the Kitchen Sink   OnePlus 6 Concept Render Sports Beautiful Benetton Yellow