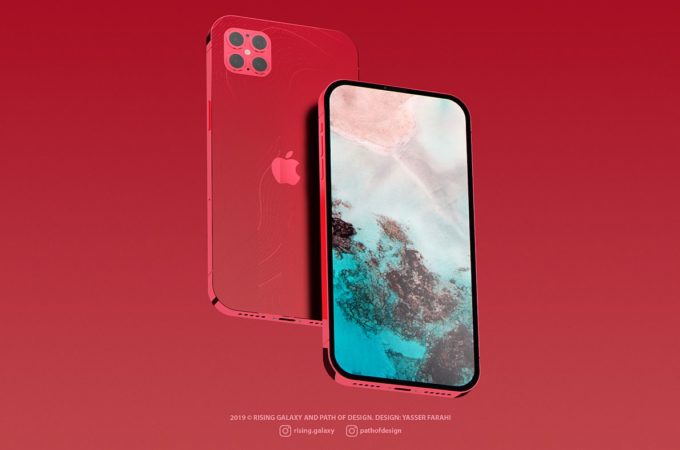 Here we are again with another new iPhone concept, this time the iPhone 12 Pro, that even though convincing looking, it’s also rather rough. Apple probably wouldn’t let this slip and would maybe finish it more properly. 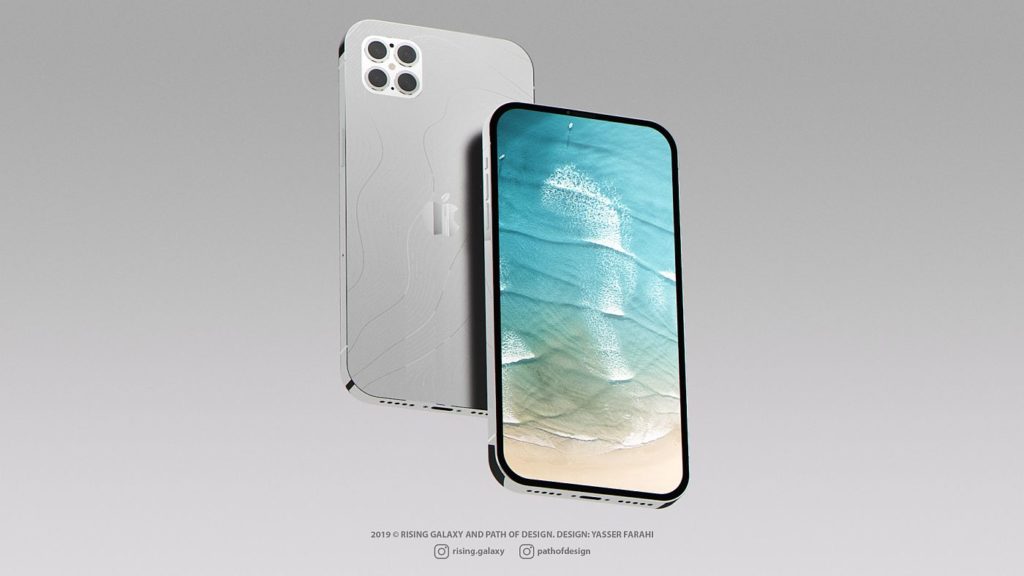 The creation of Yasser Farahi, this iPhone 12 Pro is upgraded with a quad camera at the back and also with reverse wireless charging. The screen is now a ProMotion Super Retina XDR and I see there’s no longer a notch here. The design is indeed inspired by the iPhone 4, more angular, narrow and even more metallic looking. The green iPhone 11 Pro already hinted at a more metallic look and that may be expanded with a new shade of gold and gray. 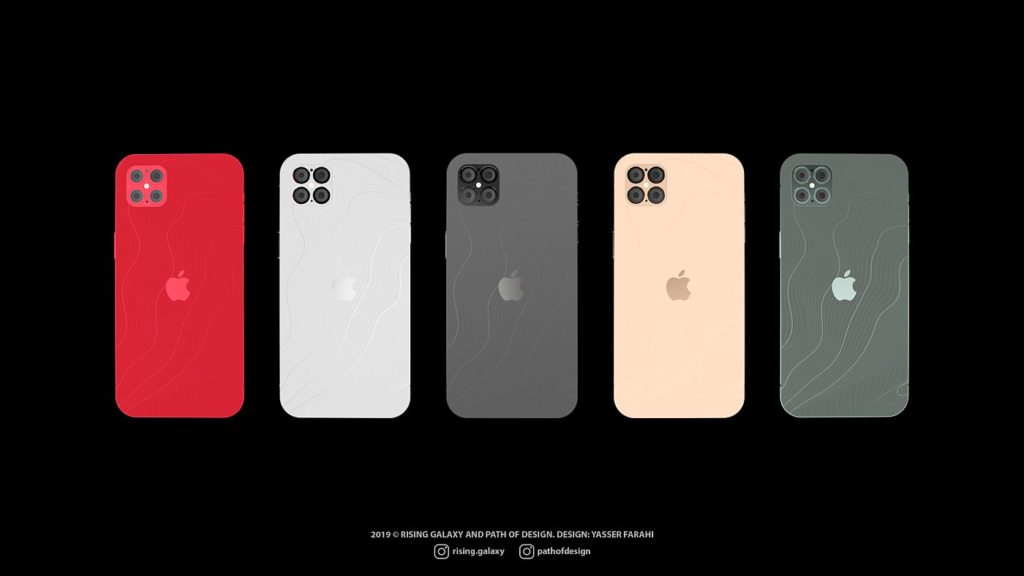 While I can agree with the front side of the device, I’m not a very big fan of its back side. I don’t like that “S” shape pattern and also I’m not a fan of the quad camera, that feels out of place and forced. We’ve already had 3 years with a notch, so maybe we’ll get rid of it in 2020, even though sources say we probably won’t. I’d much rather inquire about the 5G connectivity, which would be unforgivable to miss next year’s iPhones. 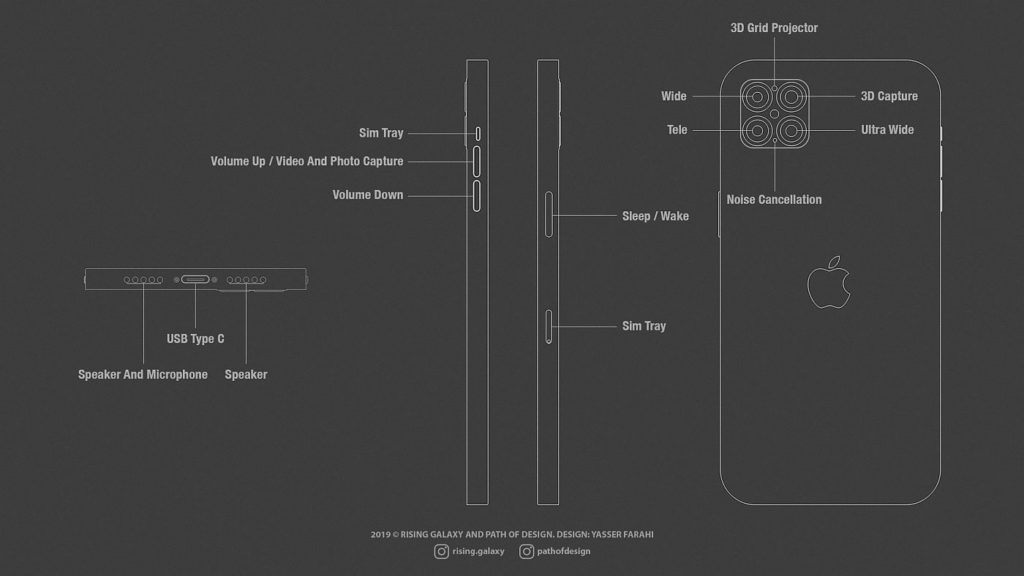 Apple will probably pull off a special type of antenna or connectivity that may give them a speed edge over their opponents, but nothing is for sure. We also wonder if Apple will make a separate 5G iPhone, or just integrate the 5G modem on all 3 models. Like one of the comments said, this “looks like an iPhone 4 Photoshopped with an iPhone 11 form factor.” 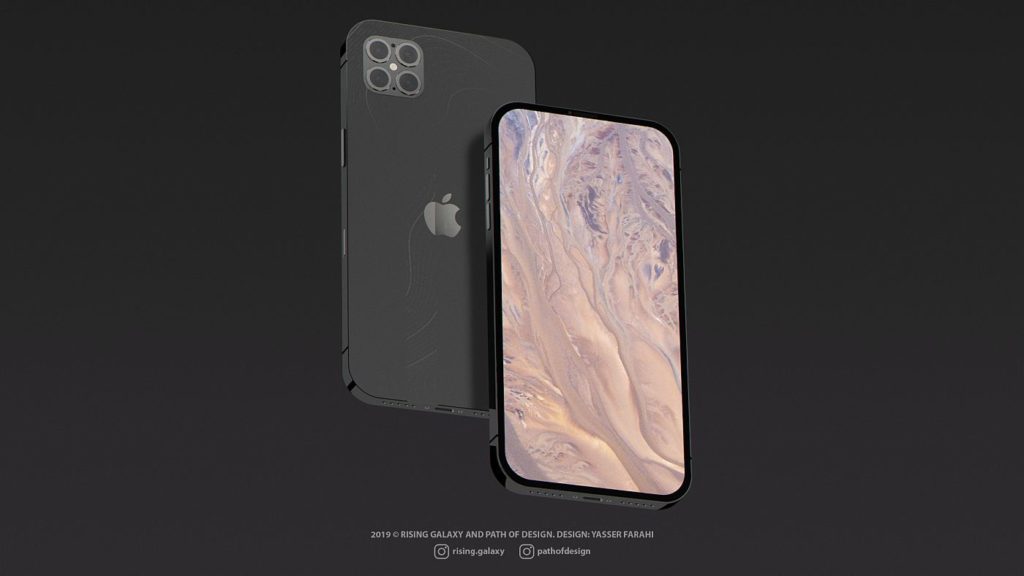 I’m not exactly a fan of this design, but I can see some elements that could make the cut on the iPhone 12 Pro. Specs include an USB-C port, 3D capture grid projector, up to 1 TB of storage and a combo of 18 MP 3D capture camera, 18 MP telephoto camera, 18 MP ultra wide and 18 MP wide camera. 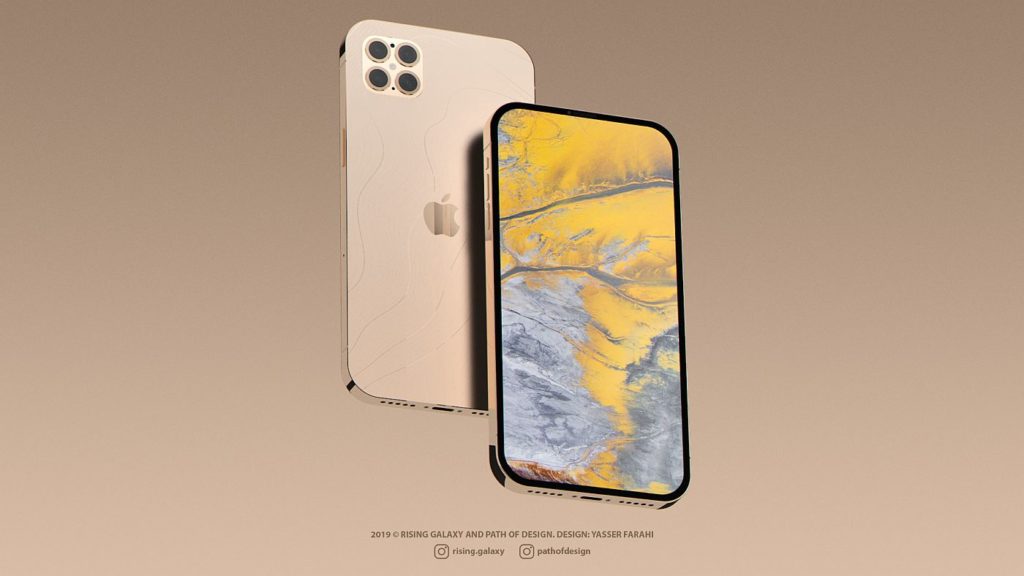 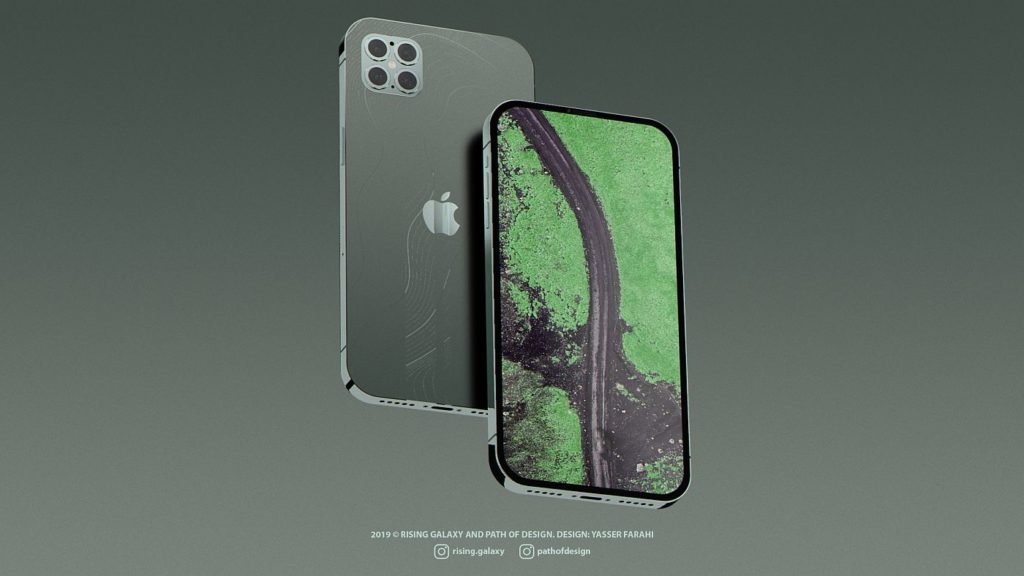 [via Path of Design]

About Kelvin
Passionate about design, especially smartphones, gadgets and tablets. Blogging on this site since 2008 and discovering prototypes and trends before bigshot companies sometimes
Huawei’s Futuristic Phone Design Will be Inaugurated Next Week by the Honor V30, V30 Pro   OnePlus 7T Pro McLaren Edition Last Minute Renders Are Pretty Convincing