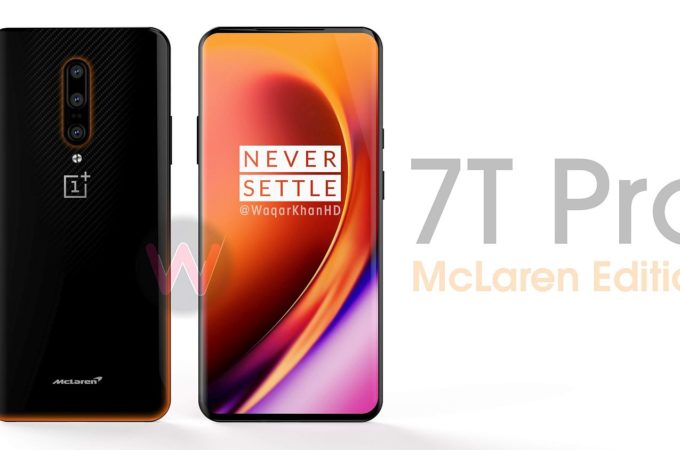 The launch of the OnePlus 7T Pro is just hours away and there will also be a McLaren Edition, just like last year. It’s supposed to be a higher powered unit, with faster charging and a design inspired by race cars. Before we get to see the real deal, we can also have a look at renders done by Waqar Khan and there’s even a video included. 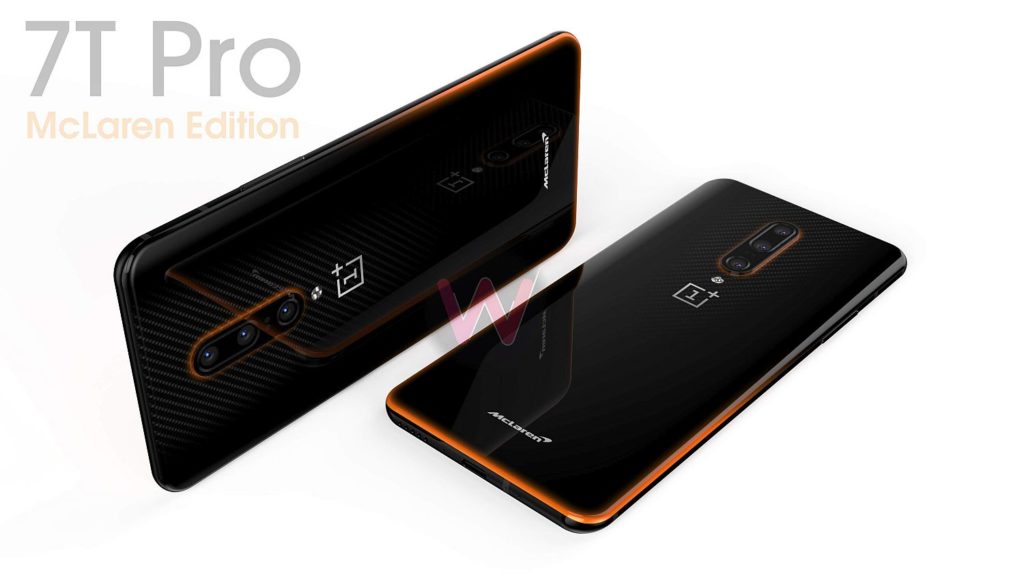 So, let’s see what’s special about this unit. First of all, the name McLaren is no coincidence, as it’s influenced by the supercars and Formula 1 cars associated with this brand. It’s been a trend for the past decade to apply branding like Lamborghini, Ferrari and Porsche Design to laptops, phones and more. It’s got an orange accent all around the frame and should keep the bulk of the specs of the OnePlus 7T Pro. 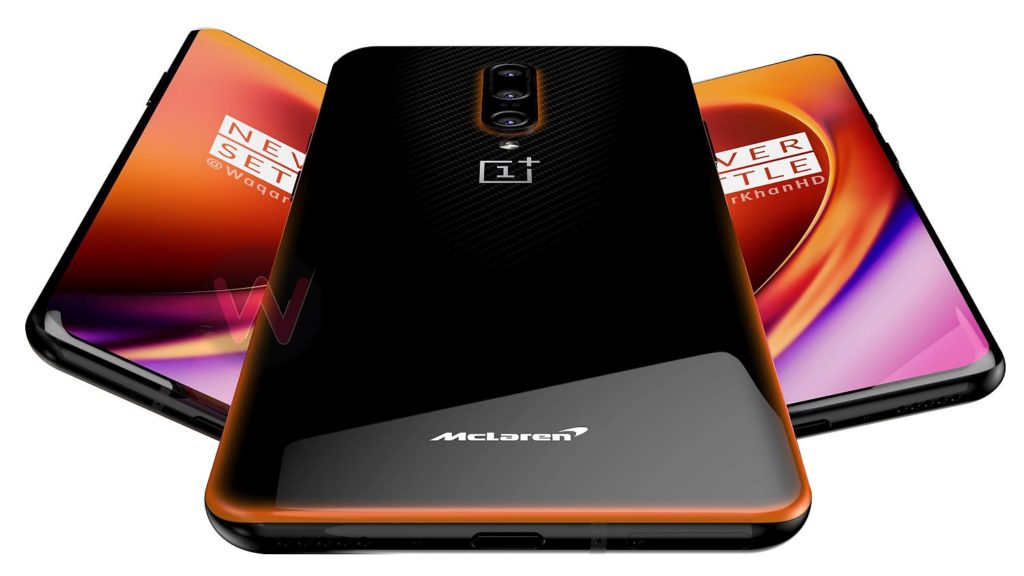 There’s the pop up selfie camera and a triple back camera is also in the mix, with a protruding module. The screen goes past 6.6 inches in diagonal and is slightly curved to the sides. Judging by the recently teased box for this device, we’re expecting a carbon fiber back with orange highlights. It could also be kevlar, or kevlar imitation. Rumors also mention a crazy fast charge, at 65W, inspired by Oppo’s SuperVOOC charging. 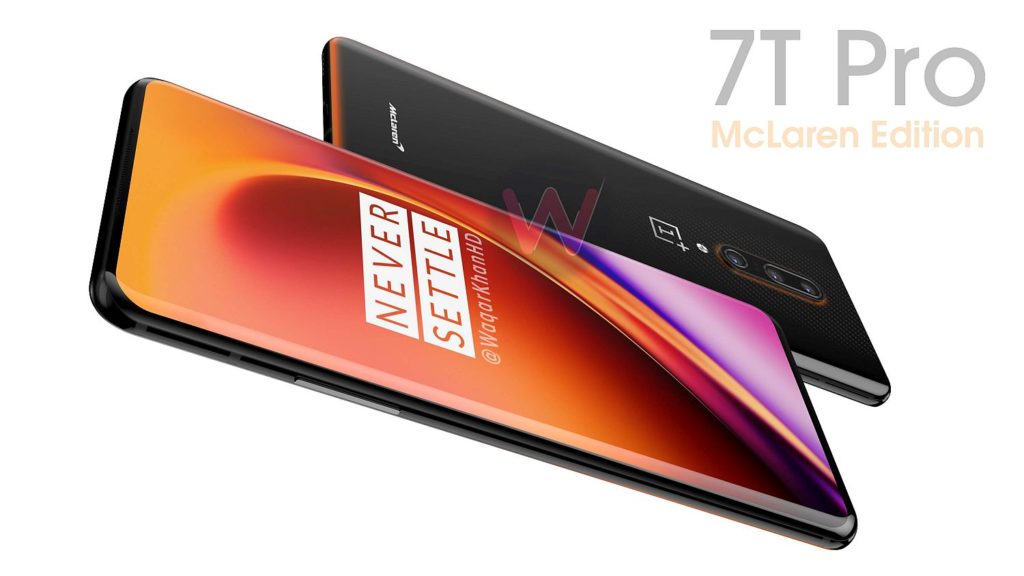 Expect a pricing of 850 euros or somehow a premium of around 70 euros over the OnePlus 7T Pro. The Snapdragon 855+ and 12 GB of RAM are specs I could bet my wage on. Honestly speaking I also don’t expect a huge camera upgrade from the OnePlus 7 Pro, which was already solid. Maybe the wide angle camera could be tweaked a bit and low light capture could do with a better Night Mode. 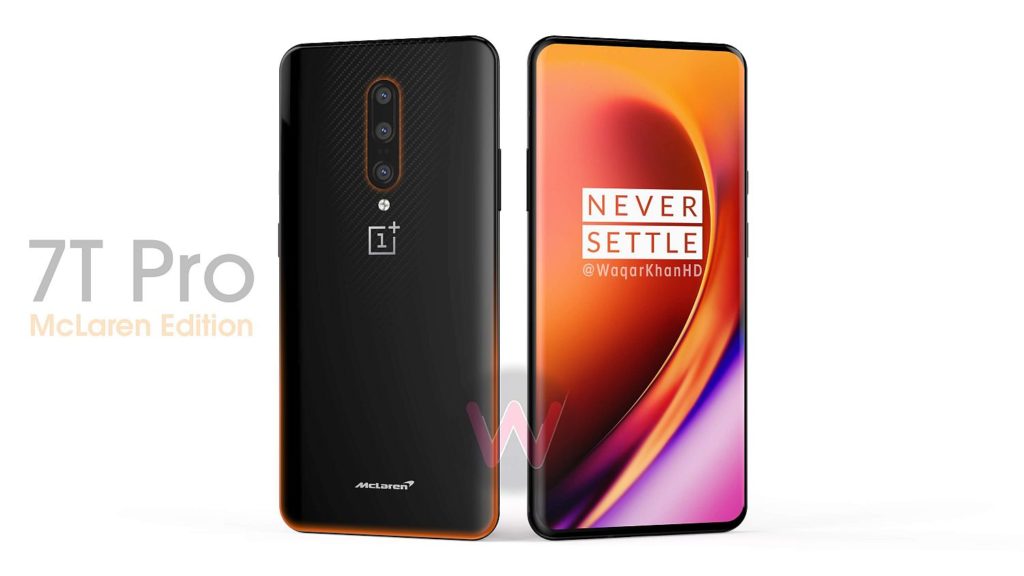 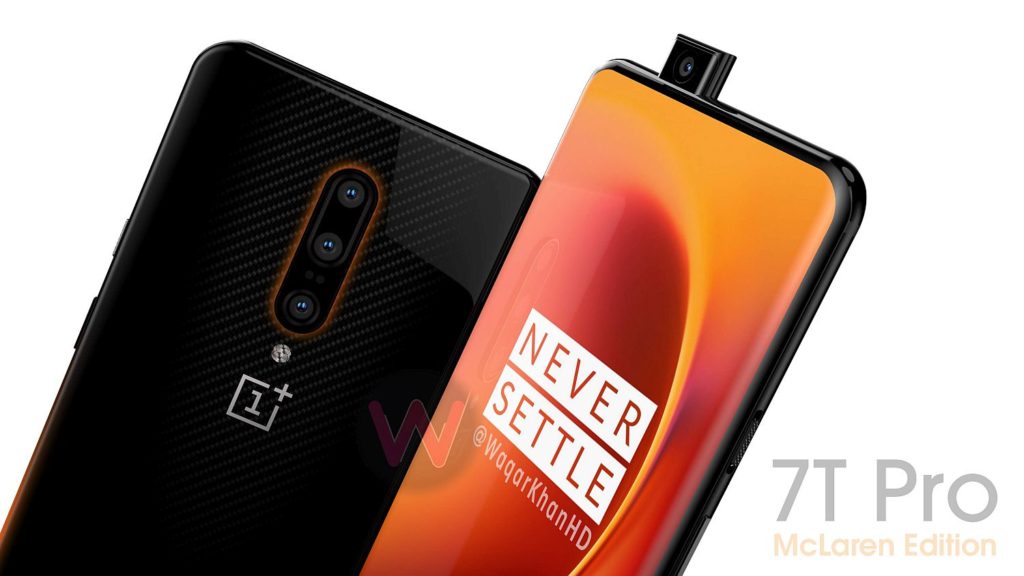 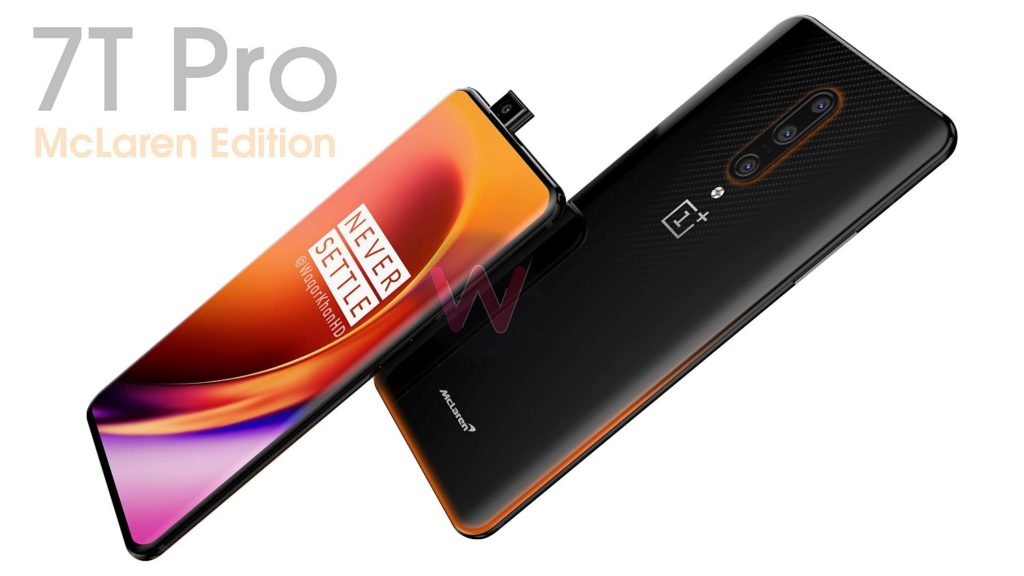 About Kelvin
Passionate about design, especially smartphones, gadgets and tablets. Blogging on this site since 2008 and discovering prototypes and trends before bigshot companies sometimes
iPhone 12 Pro Looks Convincing, Albeit Rough in New Video   Phone Designer Reinvents the Laptop and Dual Screen Tablet With the FlexBook