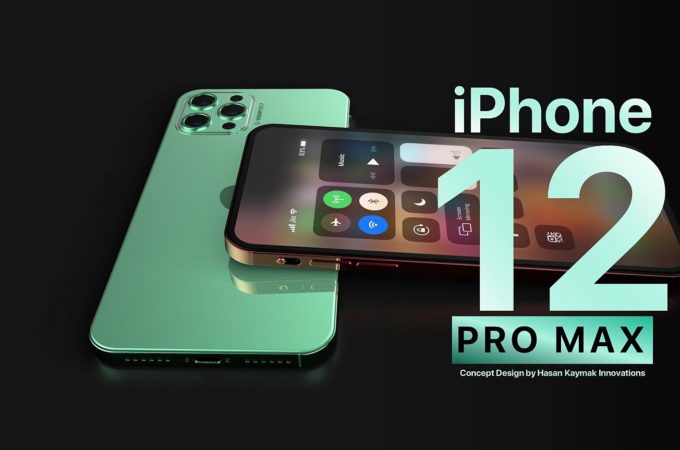 Apple has never been one for megapixel wars, RAM wars, or miliamper wars. Well, they may cave in next year, if Hasan Kaymak is to be believed. The designer created the following iPhone 12 Pro Max concept, that goes all out with the specs.

It has a 6000 mAh battery inside, quite the bump up from the almost 4000 mAh of the iPhone 11 Pro Max. Hasan Kaymak, the designer of the iPhone 12 Pro Max envisions here an iPhone that’s a bit of a departure from previous models, at least upfront. Gone is the notch and symmetry is applied now. The back camera keeps the design, the square module, but adds more sensors and lenses. There’s an Apple A14 processor inside and a pretty large taptic engine, judging by the inner renders.

The battery is a graphene one and hardware becomes modular now, easier to repair and replace. Also, the iPhone can be upgraded in the service with new components, which is clearly a wet dream, but something that Apple won’t do. It would eat into its profit margins. Still, one can dream… The iPhone 12 Pro Max also gets very vivid hues, like an emerald green with a metallic shine. At the back we find at least one 108 megapixel camera, accompanied by a ultra wide shooter, a telephoto 3X or 5X optical zoom camera and a ToF sensor or two.

To those we add 1 TB of storage and 8 GB of RAM. If you look closely at the video there’s actually more than one version of the 2020 iPhone. We’ve got an iPhone 12, iPhone 12 Pro Max and iPhone 12 Pro Super. We’ll cover those later on, but for now we focus on the Pro Max. No mention of 5G so far… but modularity may fix that.

About Kelvin
Passionate about design, especially smartphones, gadgets and tablets. Blogging on this site since 2008 and discovering prototypes and trends before bigshot companies sometimes
Nokia N95 5G is Not the Best Photoshop, But the Idea Is Good   This is the iPhone SE 2 That Got Away (Concept Render)