iPhone 14 Pro Gets a Design Refresh According to Latest Rumors 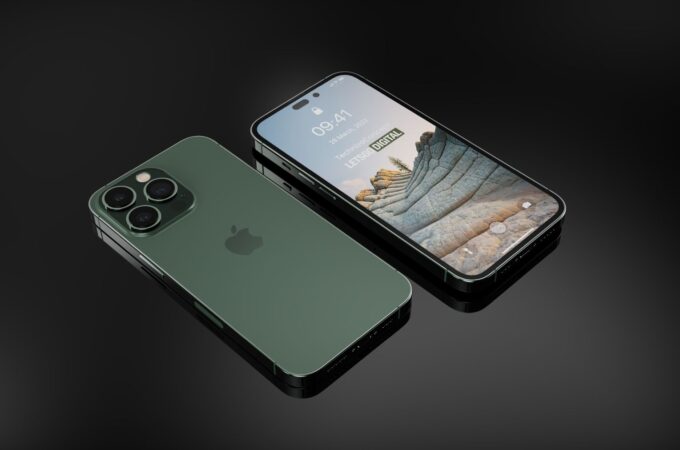 We’re just 6 months away from the next iPhone flagship being unveiled and we’ve had leaks galore. The iPhone 14 Pro recently leaked in a few pieces of info: it supposedly has a bigger camera, so much so that the main sensor and its lens occupy 25% to 30% more space. Technizo Concept has rendered it for Letsgodigital.

Of course there’s also two cutouts for the selfie camera and Face ID at the top front side, in lieu of the notch. Designer Parvez Khan, aka Technizo Concept didn’t go overboard with the camera design and didn’t exactly make it as big as the leak mentioned. Rumors also mention that the iPhone 15 Pro may jump to a singular punch hole, as the Face ID sensor will go below the screen panel.

There’s a 6.1 inch OLED screen here, with 120 Hz refresh rate and pretty much the same panel as last year, minus the cutouts. We’ve learned recently that the iPhone 14 series will have two different types of processors: a version of the Apple A15 with upgrades called Apple A16 for the iPhone 14 and 14 Max, plus an Apple A16 Pro on the iPhone 14 Pro and 14 Pro Max. 128 GB will be the starting storage version.

The whole main camera thing, the size increase is caused by the fact that the main 12 MP sensor turns into a 48 MP one for the first time. It’s the first time since iPhone 6s that the camera resolution changes. Be sure to also read the full article in the source link for more info on the device and what it could bring.

About Kelvin
Passionate about design, especially smartphones, gadgets and tablets. Blogging on this site since 2008 and discovering prototypes and trends before bigshot companies sometimes
Are You Getting the Most Out of Your Chosen Online Casino   How to make money with crypto betting