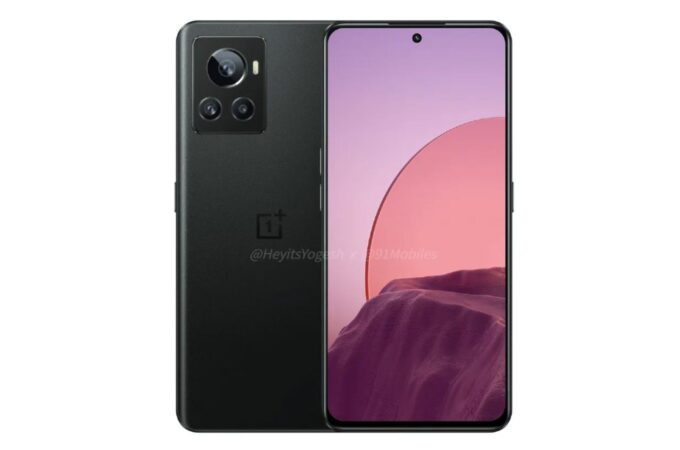 OnePlus 10 Pro may have been launched, but we feel that OnePlus didn’t go all out with the specs. That’s why a OnePlus 10 Ultra is in the making right now. Also, there’s a OnePlus 10R, which is not as exciting, since it may not reach all regions of the globe. Well, at least its renders reached us.

91Mobiles is the source of the leak, together with Yogesh Brar. The device is said to be a sort of realme GT Neo 3 rebranded. It will lack the iconic alert slider and also tweak the camera arrangement around. 10R packs a 6.67 inch Samsung E4 AMOLED display with FHD+ resolution, up to 120 Hz refresh rate, plus HDR10+ support. There’s a MediaTek Dimensity 8100 processor, which was inaugurated by the realme GT Neo 3.

We also get a 16 MP front camera, integrated via a centered punch hole. OnePlus 10R is expected to debut in May and yes the specs are the same as the realme GT Neo 3.

About Kelvin
Passionate about design, especially smartphones, gadgets and tablets. Blogging on this site since 2008 and discovering prototypes and trends before bigshot companies sometimes
How to Start Gambling Online: 7 Things to Remember   Are You Getting the Most Out of Your Chosen Online Casino