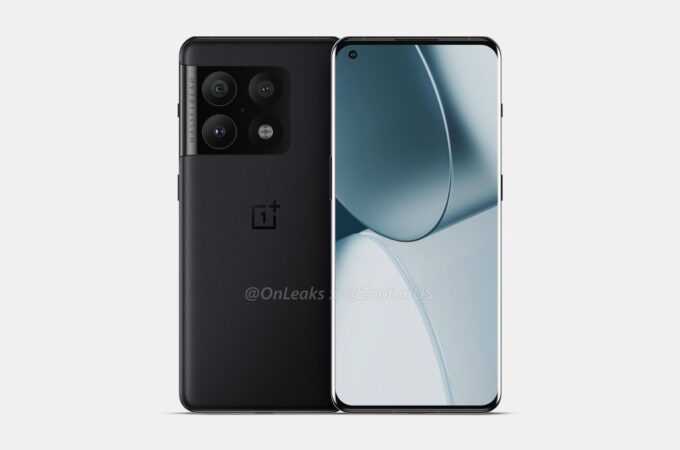 Two rumors regarding the OnePlus 10 Pro appeared online this week and one has to do with an earlier than usual launch date. The future OnePlus flagship may drop as soon as January 2022, according to sources. We also get to see its final design courtesy of leaksters @OnLeaks and Zouton.

We’ve already seen the back side of the device, so no surprise here, but the facade is the novelty. Actually, not that much, since it’s a predictable glass panel, gently curved on the sides. It also comes with a punch hole for the selfie camera and we notice that the triple back camera has a metallic island with a Hasselblad logo on it. The cam design has been compared to the Galaxy S21 Ultra one, albeit more discrete.

It’s definitely less protruding than the one from the Xiaomi Mi 11 Ultra or the Galaxy S20 Ultra or the S21 Ultra. There’s no periscope telephoto camera in sight, in spite of the rumors that actually mentioned a 5X optical zoom periscope cam. We’re expecting an unchanged diagonal from the OnePlus 9 Pro, 6.7 inches in size and also a Snapdragon 898 or as it’s now known Snapdragon 8 Gen 1 CPU inside.

The screen will keep its 120 Hz refresh rate, adaptive of course and the 4500 mAh battery is now said to charge at 120W. A main 50 MP camera is in the cards, as is an ultrawide with a similar resolution. The only question is the identity of the third camera and also the flavour of OS this device will rock.

Also, is it just me or does the green hue seen here, which is supposed to be blue actually resemble the Midnight Green of the iPhone 11 Pro?