Remember the robot from Interstellar? It’s a modular phone now 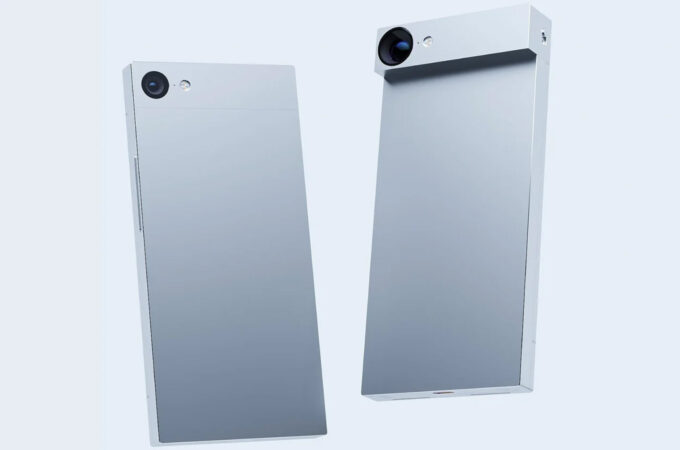 If Nothing Phone 1 wasn’t your cup of tea, you can check out this new concept design. It’s a modular phone envisioned by Andrey Avgust and it’s very angular and shaped like a monoblock. It may feel rough in your hands, but at least it attempts to be special.

This rectangular shape is supposed to be some sort of tribute for the older Sony Xperia phones. The edgy corners and off white skin means that the phone is targeted towards professionals, who want class above all else. Since it’s a modular device, it can be upgraded and converted like a drop top convertible car. The big block on the back side can be detached and replaced.

You can attach other similar blocks (which make it look like an older Nexus phone) and they can contain extra RAM, a more powerful GPU and battery pack. It also upgrades the camera with extra sensors and the likes. Also, notice the discrete integration of the speakers at the bottom and the edge to edge screen, sans holes or notches. There’s a single big camera sensor at the back, which feels risky for 2022, but this is marketed as a product for the corporate environment, where a single camera could be enough.

The concept is pretty beefy and thick by 2022 standards and it becomes even more so when you attach the camera module. An impressive feat is that the designer showed us his whole design process via the video below on YouTube. It’s made of all the streams he did and amounts to 7 hours. And that’s just the first video! You’ll see vectorial work, feedback from fans and more. I also notiched that in the videos the front side features a punch hole selfie camera.

On a personal note, the blocky design reminds me of the robot that accompanied the protagonist in the movie Interstellar.

About Kelvin
Passionate about design, especially smartphones, gadgets and tablets. Blogging on this site since 2008 and discovering prototypes and trends before bigshot companies sometimes
7 Top Tips for Creating a Functional Workstation at Home   Why Choosing the Right Cryptocurrency Casino is Important