iPhone 6 and iWatch Pro Get Designed by Dani Yako

Dani Yako, who imagined this Samsung Galaxy Note 4 concept has now come up with a brand new design, that involves two famous Apple devices, that everyone is waiting for. I’m talking about the iPhone 6 and the iWatch Pro, both shown below. 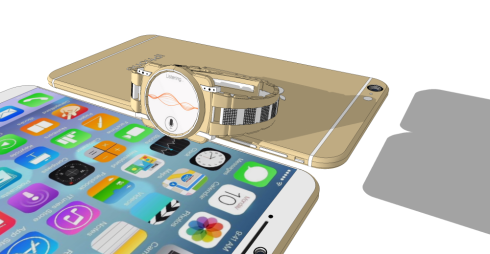 The iPhone 6 is shown here in the 4.7 inch version and the golden model is pictured. The watch is also golden and seems to sport a fragmented bracelet, much like the torrax of a crustaceous creature. The iWatch comes with a microphone, Siri, a metal casing in gold/silver/space gray and a 1.8 inch Retina LED sapphire display. It also has a 2 megapixel camera and a speaker.

My only objection here is that the watch feels kind of heavy, judging by the amount of metal used. The iPhone 6 shown here is a 4.7 inch handset with a 2272 x 1536 pixel Retina resolution and it also integrates a 4K capable 16 megapixel camera with 60 FPS frame rate. Inside there’s a 2.2 GHz quad core Apple A8 64 bit chip and this model runs iOS 8. Inside the iWatch there’s a dual core 1.3 GHz CPU, it also has iOS 8 and a 2 megapixel camera.

Which one do you like better, the iWatch Pro iPhone 6? 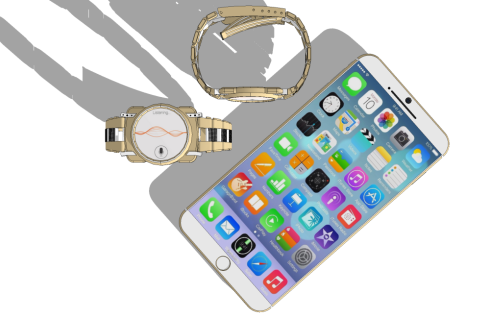 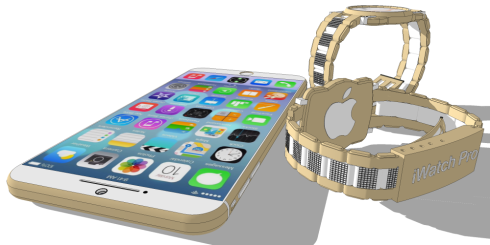 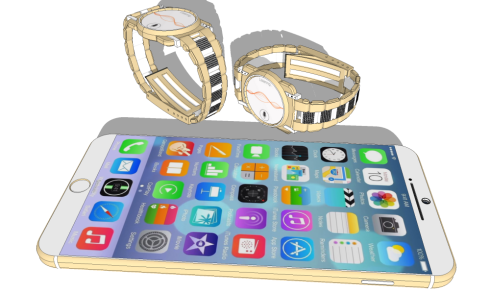